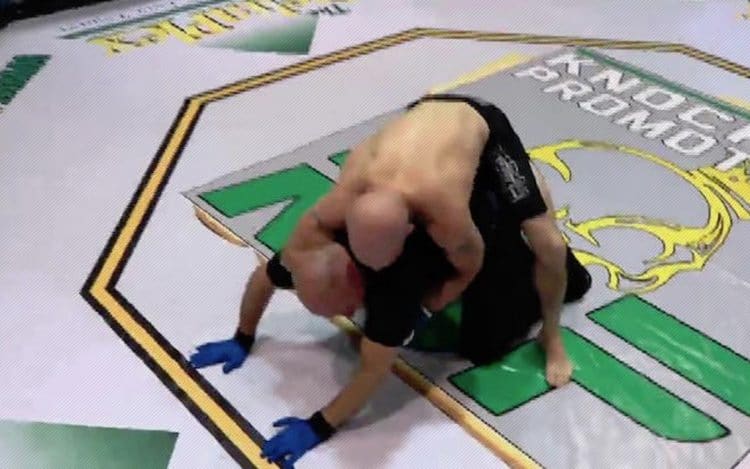 Joseph Nehm was absolutely obliterated by Ryse ‘Showtyme’ Brink at the MMA event, KnockOut Promotions’ KOP 54, in Grand Rapids, MI, on Friday. The fight, which last all but 12 seconds, began with a nasty kick to the face of Nehm, followed by a barrage of powerful punches.

As Brink peeled off to celebrate his brutal KO win within just seconds, a disoriented Nehm attempted to retaliate.

But the MMA match in Grand Rapids, Michigan, in the US, soon took a turn when the referee was forced to go from officiating the fight to fighting in it. Unaware that the fight was over for him, Nehm attempted to execute a rear naked choke.

But instead of pulling off the brutal move on his opponent, the 36-year-old had accidentally turned on the ref.

In the shocking video, you can see Nehm’s team running into the cage to pull him away from the innocent official.