WATCH: Can I Lose 10% Of My Body Weight Overnight? – Extreme MMA

Mixed Martial Arts has become a multi-billion dollar global industry, but many athletes taking part at a professional level keep a dark secret about their training.

Weight cutting is a dangerous activity that has claimed lives in the sport even before the fighters stepped into the cage.

The documentary follows Dean, a British MMA fighter, as he cuts 7kg of weight overnight using saunas and hot baths to hit his weight category to fight. Whether he makes it or not, this film examines how the unhealthy practice of cutting weight could affect his long-term health forever.

“This is probably the most dangerous thing I’ll do all year.”

Mixed Martial Arts fighter Dean Garnett is having a bath in a London hotel room – and he’s not joking.

The 28-year-old from Liverpool needs to lose 7kg (15lb) – 10% of his body weight – in just 19 hours to make the weight for his Bellator 158 fight with Luiz Tosta. If, when Dean steps onto the scales at 12 noon the next day, he weighs anything over 61.8kg (136lb), the weeks and months of intense training and personal sacrifice to get to this point will go down the drain. 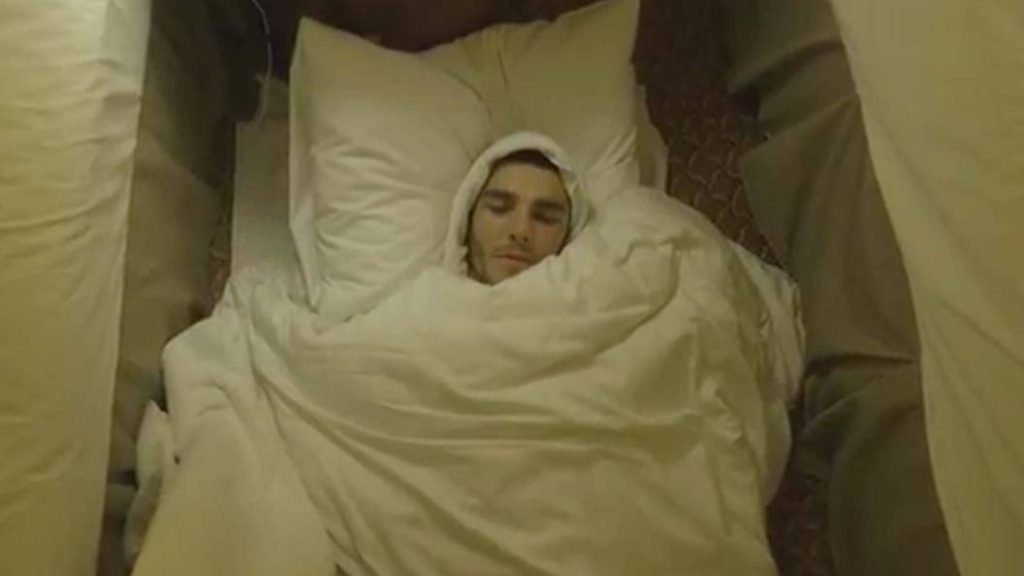 So Dean is ‘cutting weight’ – an extreme process to shed the pounds so he can fight in a specific category. It’s common practice among athletes in combat sports like boxing and MMA, and even used by jockeys in horse racing to stay light – but it can be dangerous.

Just this month, the co-main event of UFC 209 was pulled after Russian lightweight Khabib Nurmagomedov was rushed to hospital due to “weight management issues”.

In 2013, Brazilian MMA fighter Leandro Souza died after suffering a stroke in a sauna while trying to lose 15 kg in one week. China’s Yang Jian Bing was only 21 years old when his weight cut led to a fatal heart attack in 2015.

Despite the huge growth of MMA in the past decade, there is still no global regulatory body to oversee it.

Dean breaks into the last bit of food he’ll have until he steps onto the scales at the official weigh-in. A 150g salmon fillet. To drink? “I had a coffee a few hours ago.”
Nothing more can go in. Now, it’s all about what comes out.

“Anything that comes out of my body now – urine, faecal matter, sweat – it’s all weight lost.”

To lose 10% of his body weight in less than a day, Dean undergoes a long and gruelling process of dehydration – embarking on a cycle of saunas and hot baths to force every ounce of moisture from his body.
When he’s not in the bath or sauna, Dean lies on the floor of his hotel wrapped in sheets, and quilts, like a body awaiting burial. He chews ice cubes to draw the saliva from his mouth and spits it back out. He has to be careful not to swallow any of it – water adds weight.
How does it feel? “Not far from death,” says Dean. So why put yourself through it?

For Dean, it’s the fear of missing out on a fight that could help propel him to the big money fight of the sport’s promised land, Ultimate Fighting Championship. Dean tells of one fighter who missed his weight by a quarter of a pound and had to forfeit his £20,000 purse.

“The margins are tiny, and the risks and rewards are high.”

Undefeated in professional fights, Dean admits he is worried about the long-term physiological effects on his body but believes the weight cuts have helped his performances, and that it’s part of the culture within MMA.

“Behind any door in a fight hotel like this, you’ll find a dried up prune like me going through it.”

Dean’s one complaint is that there aren’t enough weight divisions, so fighters are forced to drop or raise their weight dramatically in order to secure a fight.

With six hours left until weigh in, and just two kilos left to lose, Dean’s body starts to fight him in an attempt to keep the water in his body. His mind starts being filled with dark thoughts. 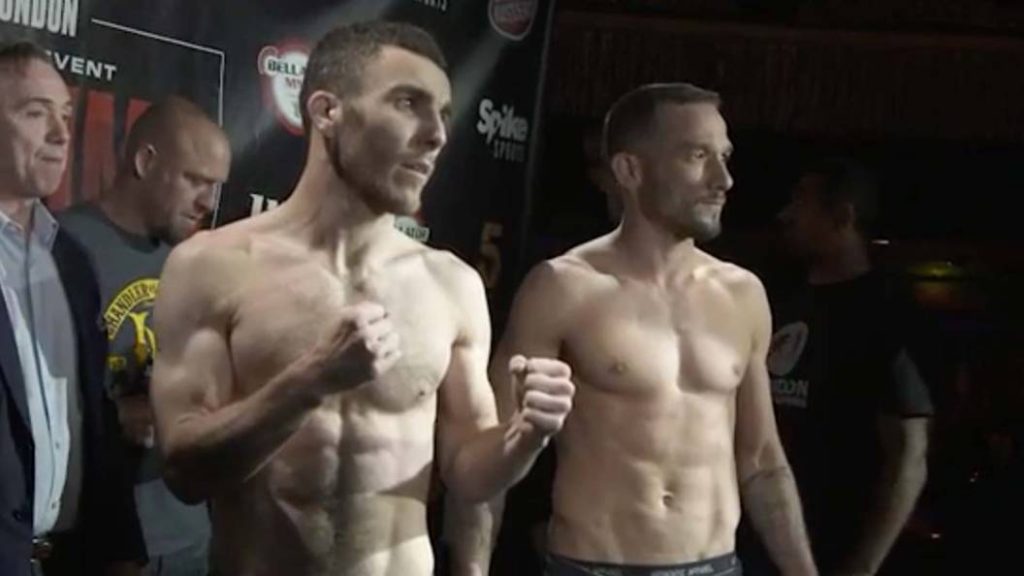 What if he misses the weight? What if the fight gets canceled after all of this?

Even his face starts to change shape, becoming drawn and gaunt.

At the weigh-in, Dean only makes it under 61.8kg when he strips completely naked – his dignity protected by two blokes holding a white towel. Stepping off those scales having made the cut is “relief, complete relief,” he says.

Then, in the 24 hours between the weigh-in and the fight itself, it is all undone.

The sport is Dean’s ticket to a better life (he says he was “an unorganized reprobate” until he discovered MMA at 19) but the weight changes it demands of him, could also make that better life a shorter one.