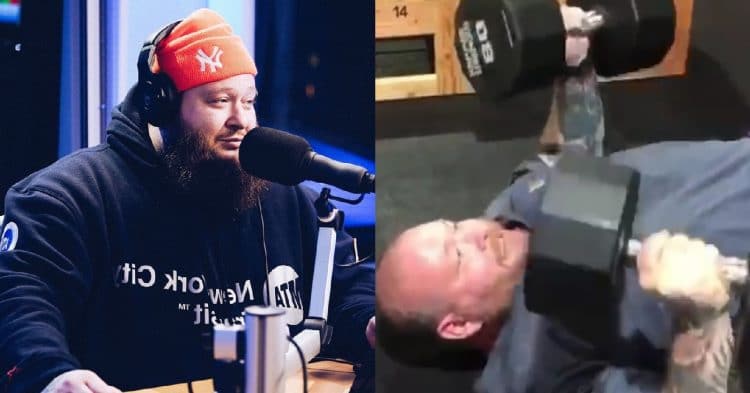 New York based rapper and TV personality Action Bronson is a fan favorite on the underground hip hop scene. However he has become an inspiration after undergoing a major weight loss transformation.

Ariyan Arslani, better known by his stage name Action Bronson, has been making waves in the world for many years. He initially grew to fame by spitting bars on some great rap tracks. However people quickly began to realize there was more to him than just that, as he is also a chef and entertainer, who has hosted several shows on television and the internet.

Now it would seem that Bronson is making a name for himself as an inspirational figure as well. He has been doing this, by going through a massive weight loss transformation. Recently he updated fans on his progress, with a post to his Instagram celebrating having dropped 90lb. Not only that, but he seems to have no interest in slowing down.

“90 POUNDS DOWN. STRENGTH DEVELOPING NICELY. YOU HAVE THE POWER TO MAKE ANY CHANGES YOU WANT IN YOUR LIFE. TAKE CONTROL. 🎬”

If is incredibly motivating to see Bronson dropping weight like this. He has been on this journey since May, but has been really picking things up a lot lately. He really seems to be gaining motivation and momentum, and is turning that into lost weight. Of course, that is not happening without his intense dedication to his workouts, constantly hitting the gym on a regular basis.

As Action Bronson is approaching the 100lb mark of weight lost, he shows no signs of stopping. He is continuing to motivate others with his progress, and he still has a long ways to go before he reaches his long-term goal. However to go from 363lb to 283lb, in just a few months, is nothing short of impressive.

Obesity is one of the most widespread health issues in the modern age. What makes it so serious is that...

Ethan Suplee had hit a skid in his personal life that saw him balloon up to 530 pounds. Even the...

As a multi-billion-dollar business mogul, Elon Musk has a hand in overseeing countless ventures but has redirected his focus on...