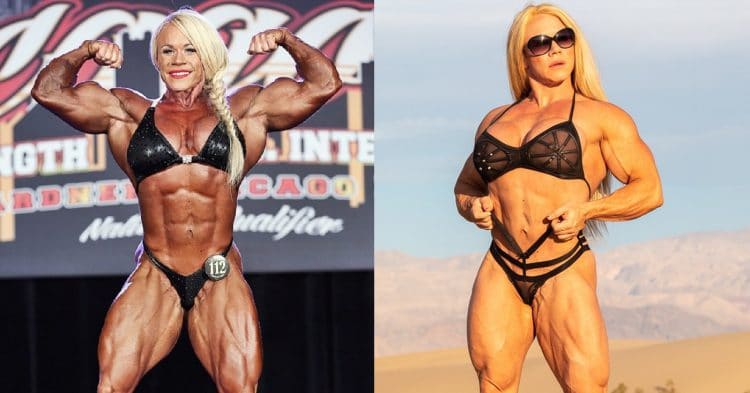 The world of female bodybuilding is one full of some incredible genetic specimen. Chief among these may just be American bodybuilder, Aleesha Young.

Beginning her professional career in 2008, Young immediately made an impression for her ridiculous frame. She managed to balance having a massive physique with enormous biceps, while keeping a pretty and feminine appearance. While her initial outings were not incredibly successful, she would use every contest as a learning experience, and consistently improve on herself, based on the feedback she would receive. Then she came back in 2014 after making those improvements, and earned her Pro Card at the NPC USA Championships. It was at this point that her contemporaries began to realize just how legitimate of a threat she is.

What Makes Aleesha Young So Special?

Well this is a bit of a complicated question to answer. On the one hand, it is clear that Young works super hard. Her Instagram is filled not only with reminders of how crazy her physique is, but also how far she has come. The type of transformation that she has underwent is not one that comes without a constant grind in the weight room and a super serious devotion to her craft.

Yet there is more to it than just the hard work. Every successful bodybuilder, whether male or female, has to have a certain element of genetic disposition to the sport and to building muscle. However the physicality of Aleesha Young is off the charts. It seems that virtually every nook and cranny of her physique is tailor-made to be built and displayed on stage. On top of that, she still has soft feminine facial features, avoiding some of the effects that bodybuilding can have on women.

It is these things put together that makes Young such an interesting talent in the women’s side of the sport. At her best, she is one of the most physically gifted and well defined on stage. Even at her worst though, like when she got into a car accident before the 2019 Wings of Strength Rising Phoenix contest, she is still a very capable force to be reckoned with.

What The Future Holds For Aleesha Young

The fact of the matter is, Aleesha Young has the type of the physical talent that can make her the Ms. Olympia champion someday. On the other hand, we have see plenty of athletes over the years that have all the talents in the world, but fail to put it all together for the stage. While she has gotten some wins in her early career, there have been some setbacks along the way. Although there is still some time for the 36-year old to figure things out.

At the end of the day, it is only up to Aleesha Young to determine how far she can take bodybuilding as a career. That being said, she has a lot of the tools in her arsenal to be very successful. Either way, it is going to be interesting to watch her career unfold.