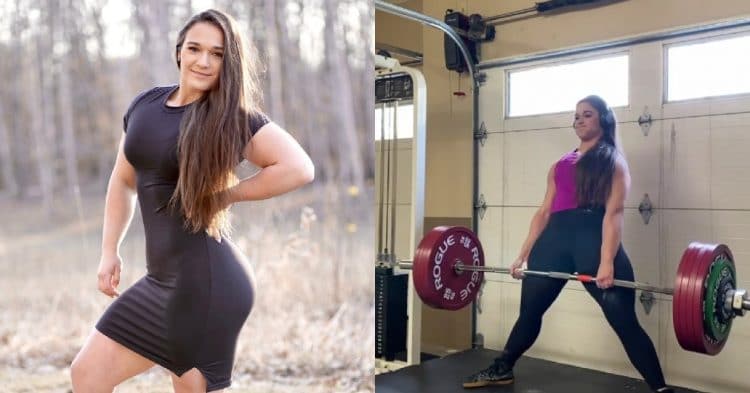 Amanda Lawrence is one of the best powerlifters competing today. She was in rare form recently, with some pretty impressive deadlifts in the gym.

Lawrence is a -84kg IPF powerlifting competitor, who has been taking the community by storm. At just 22 years of age, she has already established herself as one of the most impressive young athletes in the world. In fact, she has already captured multiple world records, including for her squat and her deadlift.

As a matter of fact, Amanda Lawrence was working on those deadlifts in a recent gym session. According to the videos she posted to Instagram, she was hitting an insane 551lb deadlift. Then, as if that were not enough, she followed this up with a sturdy 3 sets of 485lb for 6 reps.

Amanda is clearly feeling a bit stir crazy from not being able to train in the gym. Nevertheless that single is super impressive. Not to mention, it was only 5lb away from the world record-setting deadlift that she hit at the World Classic Powerlifting Championships last year.

Lawrence was hoping to compete at the Sheffield Powerlifting Championships later this year, but those plans were derailed. However, while she was training for that, she had put a ton of focus on her deadlift, and was even able to surpass that world record. Here she is, blowing the doors off of a ridiculous 562lb single.

Amanda Lawrence continues to prove time and again that she is going to be a force to be reckoned with, moving forward. At such a young age, there is nowhere for her to go but up, as she keeps showing us. The next time she is able to compete, she is sure to set some more new records.