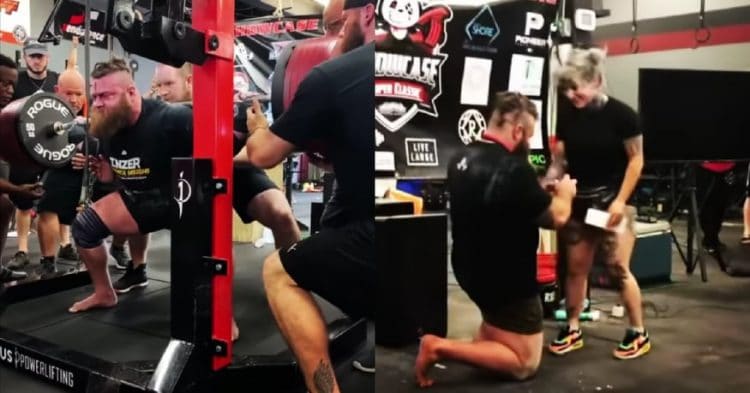 Heading into the Revolution Powerlifting Syndicate (RPS) Showcase Classic, going down in Port Charlotte, Florida, on June 26th-27th, Andrew Hause had world records on his mind. He left the contest with two, including a massive new total in the super heavyweight division.

Hause competed at the 2021 RPS Showcase Classic at a bodyweight of 291lb (132kg), which was 17lb less than the limit of the super heavyweight division. However that did nothing to stop him from having an insane performance at this meed.

Below are Andrew Hause’s best lifts from the meet:

“Everything went to plan except squats, I sprained my wrist in the warmup room and dropped my first attempt of 935lbs which rolled right off my back! It was super embarrassing for me and I almost was at the point of giving up because I could tell on all my warmups the bar just wasn’t sitting right on my back and it kept rolling on me…

As undeniably impressive as this performance was, Andrew left this meet with more than just a pair of world records and a victory. He also left the contest with a brand new fiance as well.

As seen in another video that he posted to his Instagram, Andrew Hause also proposed to his girlfriend who was at the meet with him. After his world record-setting performances, he brought his then-girlfriend up in front of everyone, got on a knee, pulled out the ring and proposed to her, much to her obvious delight.

With the competition win, two world records, and a brand new fiance, it is hard to tell what Andrew Hause is more excited about. One thing is for certain though, which is that this was a good weekend for the young powerlifter.

Alternatives to the Must-Do Exercises