Kai Greene gives a physique update showing off his insane shape, adding fuel to the fire about a potential comeback 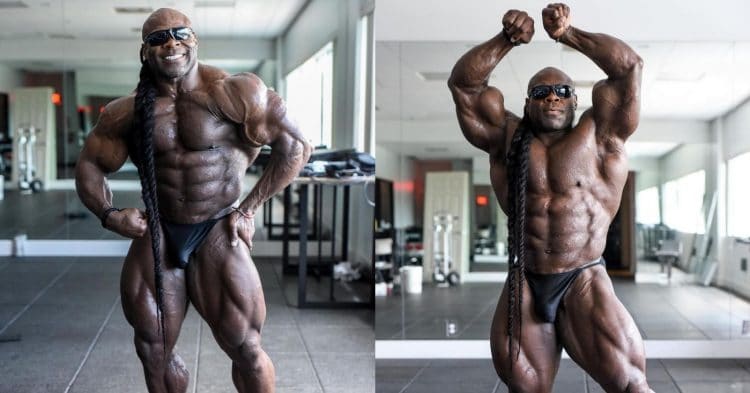 Speculation is rampant that 2021 could be the year that we see Kai Greene make his return to the bodybuilding stage. This has only doubled after a recent physique update, where he showed off a physique that left fans excited to see him back.

To be clear, Greene has not specified whether or not he will be competing this year, but there have been a lot of hints dropped which seem to imply this to be the case. This only continued with his most recent post to his Instagram.

In the pair of photos that he shared, the three-time Arnold Classic champion showed off his enormous physique. Then in the comments, he revealed that his bodyweight was sitting at a lean and mean 317lb, which is absolutely massive for his 5’8 frame.

To be clear, this is an absolutely massive update from Kai, who seems to be in tremendous shape. While he has not confirmed that he is looking to compete soon, he certainly looks like he could be in the early stages of some sort of contest prep.

It has been made clear that if Kai Greene wants to compete at the Mr. Olympia, he will not be getting another special invitation. So we will get at least one look at him onstage before the Olympia goes down, if he does choose to compete again.

The last time we saw Kai onstage was at the 2016 Arnold Classic Brazil, where he left with a victory. He has since been granted a special invite to the Olympia multiple times after that, but has not accepted any of these, nor competed anywhere.

It is worth noting that there is a decent sized portion of the fan base that are growing tired of the way that Kai Greene has, in some ways, played with their emotions. He has flirted with the idea of a comeback for so long, but has not followed through for one reason or another, which leaves fans restless.

Ultimately Kai is the only one who will be able to determined whether or not he will take to the stage once more. That being said, if we were to just judge him on the physique he has currently, it seems like we will be seeing him soon.