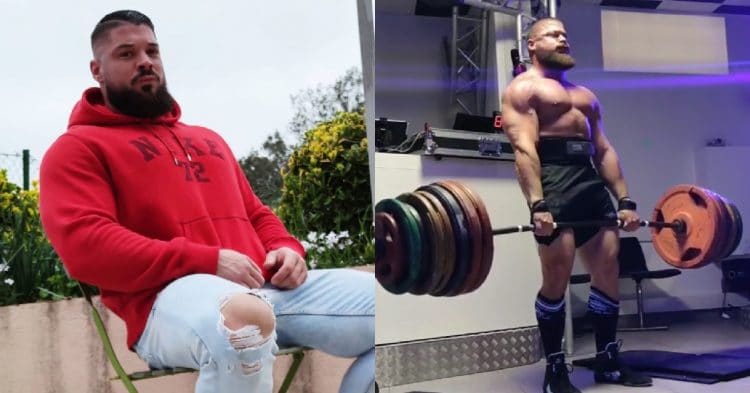 Anthony Sorio is an up and coming powerlifter, out of France. He was recently making some serious waves with an insane display of cardio in a training session.

Sorio is a 29-year-old powerlifter, competing out of France. Although he has only competed once so far, he has been looking impressive at every step of the way, winning the 2019 French Open Nationals. It was an excellent performance that put him on the map in the European circuits.

However, it was a recent performance in training that has started garnering Anthony Sorio’s attention in the western hemisphere. In a recent post to Instagram, he can be seen demonstrating an immense amount of cardio. He did so by blasting through a stunning ten reps of a 617lb deadlift, doing so with ease.

There is no doubt that Sorio has a well-rounded game. However, his deadlifts seem to be just a step above the rest of his lifts. Here he is, a few weeks earlier breezing through a crazy deadlift set with ease, even throwing in some reverse bands for good measure.

Sorio has been showing some serious improvement over the last few months. His Instagram page of filled with lift after lift, all of which demonstrate a different level of growth and intensity. Given the fact that he has not competed in over a year, it is safe to assume that his next competition will see him pushing his skills to the next level.

Unfortunately, it is unclear when Anthony Sorio will be able to compete next. Given the current situation in the world, and particularly in France, it is hard to gauge when things will be back to normal. Nevertheless, when that happens, he is going to be someone to keep an eye on.