Arnold Classic To Include Strict Curl Only Invitational Event In 2021 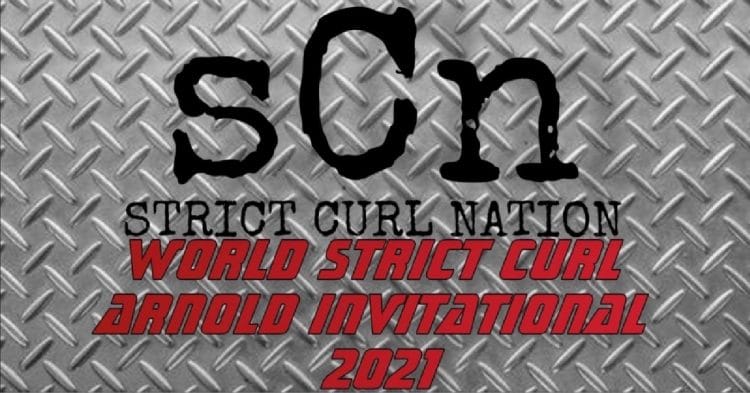 The strict curl has been gaining a lot of traction recently, and fans have been clamoring to see some sort of event focused on it. It seems those fans will get exactly what they wish for, next year at the Arnold Classic.

The strict curl is an exercise in which an athlete plants themselves against a wall, with their back flat against it. They then curl a barbell loaded with weight, all while keeping themselves flush with the wall. This puts all of the force of the movement in the arms, rather than getting assistance from the back.

Currently the world record for the heaviest strict curl stands at 113kg (249.12lb), which was set by Denis Cyplenkov in 2015. However the last few months have seen several athletes, but most notably Larry Wheels, pushing their strict curl numbers and approaching the world record. Therefore fans of the lift have been looking to see an event focused around it, as way to shine a spotlight on the athletes who have the potential to break the record.

It would appear that this will be coming to fruition, as it was revealed that the 2021 Arnold Classic will feature a Strict Curl invitational event. This contest, which will be a part of the Arnold Sports Festival expected to take place March 4-7th, will be hosted by Strict Curl Nation. It hopes to see various international athletes come together in an attempt to push the world record strict curl as far as they can, with the winner being the man to move the heaviest weight.

“We are pleased to elevate this sport to an entire new audience with this incredible, live opportunity for Arnold Sports Festival audiences. Featuring exclusive performances by international athletes and federations for the very first time in what is sure to become a headlining, annual event!”

This is obviously a massive opportunity for all of the athletes who have been pushing themselves with the strict curl. To display their skills alongside the numerous athletes competing at the Arnold Classic will be exciting to see. Time will tell if the world record ends up being broken here, but judging by the work some of these athletes have been doing, the more appropriate question seems to be how far the record will move.

How To Do The Bird Dog

A 19-year-old powerlifter, Max Shethar, has blown everyone's minds with his recent performance. He competed in the 2022 USPA Matt...