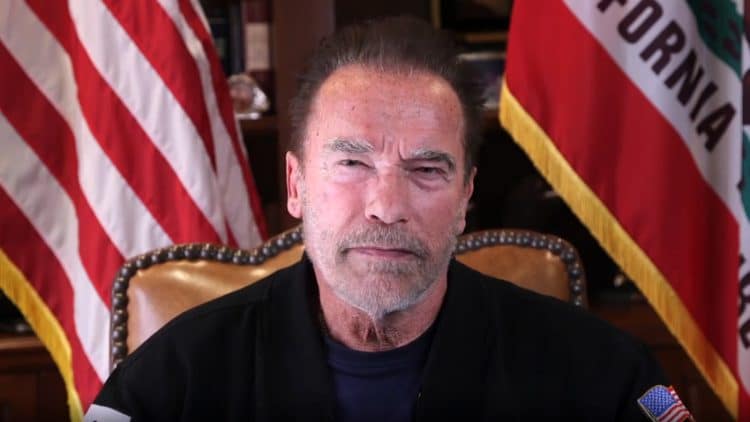 Arnold Schwarzenegger was recently involved in a car crash in Los Angeles. The 74-year-old was driving his GMC Yukon SUV along Sunset Boulevard when he accidentally smashed it into a Red Prius at around 4:35 pm on Friday, 21st January 2022. The driver of the Prius was badly hurt in the accident and the collision was so massive that the airbags of the Prius were deployed upon impact. The incident took place about half a mile from Arnold Schwarzenegger’s house in Brentwood, California. However, no arrests were made in the case.

The law enforcement personnel stated that while Arnold was attempting to make a left turn at the intersection of Sunset and Allenford Avenue, he did not wait for the left turn arrow. They said that they believe the accident was caused by Arnold’s fault.

The images of the accident went viral on social media and show the passenger’s side wheel of Arnold’s SUV lodged firmly in the hood of the red Prius. However, Arnold was not ticketed by the police, and no arrests were made in the case as the crash did not involve any form of DUI. The female driver of the red Prius was immediately taken to the hospital in an ambulance as she was seen bleeding profusely from the head after the crash.

“There was a four-vehicle traffic accident on Sunset and Allenford at 4:35 pm. One vehicle on top of another… One female was transported to a local hospital with an abrasion,” Los Angeles Police Department Officer Drake Madison told Fox News Digital.

Eyewitnesses reconfirmed the account shared by the police and told that both cars were making a turn in the opposite direction when the accident occurred. Arnold Schwarzenegger was driving with his friend Jake Steinfeld at the time of the incident. However, neither of them appeared to be hurt and were seen talking to the police in the social media photos.

The recent car accident is an unfortunate turn after Arnold Schwarzenegger celebrated Christmas with a good deed. The former California Governor donated 25 houses to homeless veterans that were installed in Los Angeles.

“Today, I celebrated Christmas early. The 25 homes I donated for homeless veterans were installed here in LA. It was fantastic to spend some time with our heroes and welcome them into their new homes. I want to thank @villageforvets for arranging the homes and being a fantastic partner, @secvetaffairs, @amvetshq and everyone who worked with us and made this possible. We proved that when we all work together, we can solve any problem,” Arnold Schwarzenegger wrote in the caption to his post on Christmas.