The legend explains that he's in favor of a drug-free, healthy sport! 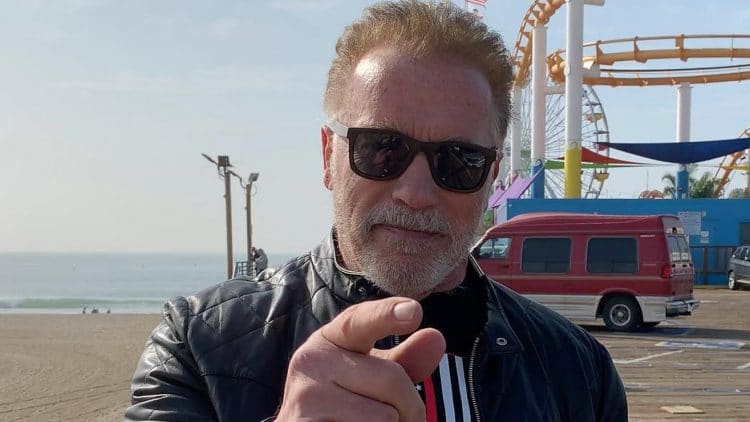 The legendary 7x Mr. Olympia Arnold Schwarzenegger sat down for a Q&A seminar at his annual sports festival in Africa where he talked about drugs in the sport of bodybuilding. He first talked about how the bodybuilders back in his day were very impressive without using all of the drugs available which are used in such large quantities these days.

Schwarzenegger explained that there’s such a big temptation for bodybuilders, sports athletes, and even regular gym-goers to use drugs in an effort to have some type of advantage… but his thoughts on the dangers make him opposed to this type of lifestyle whether competing or not…

“There’s a lot of people that have the feeling that if they take drugs, then that will enhance their performance. But what happens is that if you think that you take two pills that it will help you and then there are guys that will say ok if I take ten, it’s five times as good, and then they go and overdose”.

But, it’s interesting how Schwarzenegger talks about getting rid of drugs in sports considering he used steroids to become the 7x Mr. Olympia. So, many people might think of his statements as hypocritical. But, back in his day of competing, the sheer number of drugs, and modern-day influence were not as abundant.

The stakes weren’t nearly as high but many other influential factors surely play a bigger role considering the day and age we’re in.

Now, it’s natural to assume that Schwarzenegger being such a massive influence in the industry would be in favor of having a healthy sport, but he also has an image to uphold as well. And Arnold Schwarzenegger knows a lot about hard work which beats out drugs any day and this was the message he was trying to convey to everyone.

The fitness icon described how there are no shortcuts to success and you have to work your ass off regardless of what you’re doing. And he’s right!

Well, drug-free bodybuilding isn’t happening anytime soon. But, either way, top bodybuilders and organizers know how to bypass and bend the rules because everyone wants to see the freaks on stage and there’s a big demand for it.

This is especially true in the case of the big name guys competing. And we all know the IFBB pros aren’t drug tested either.

However, the IFBB is and has been compliant with WADA (World Anti Doping Association) from the beginning thanks to the Weider brothers. But, not the NPC due to President Jim Manion, not following rules which landed him on the WADA prohibited list. But without compliance from the NPC, drug tested bodybuilding will never exist.

So, Arnold Schwarzenegger may be hoping for too much concerning drug testing and bodybuilding. But, he’ll still continue to advocate it as an ambassador for the fitness industry.