Dan Solomon explains the changes for 2019 at the New York Pro! 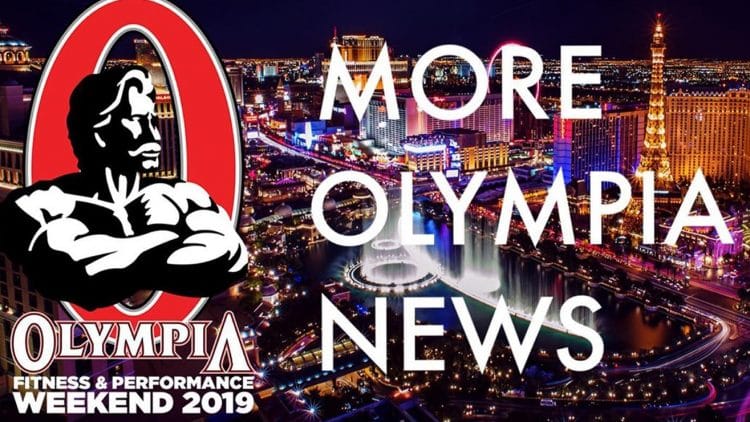 There have been many exciting announcements regarding the 2019 Olympia; which includes 4-time Mr. Olympia Jay Cutler being named the honorary ambassador for the big weekend, and Mark Wahlberg promoting his brands this year.

But, Chief Olympia Officer Dan Solomon made some announcements at the New York Pro competition on Saturday and let’s just say we’re going to see some interesting changes. To start, the men’s and women’s physique finals will take place on the main arena stage, which means the winners from all eight pro divisions will be crowned on the Friday and Saturday evening of the finals. (via Mrolympia.com)

“We’ve worked hard to maximize the Olympia experience for all competitors,” said Dan Solomon.  These are the best of the best and they deserve every opportunity to stand on the sport’s most prestigious stage. Our producer for the weekend, Tamer El-Guindy, has a lot planned for both the Friday evening and Saturday evening arena productions.”

“These changes are great for the fans as well as the athletes. This means that every competitor, in all divisions, can train to one day stand on the Olympia arena stage.”

But the announcements didn’t end there… the 212 division final will conclude Friday night’s event with the winner being crowned. Plus, Dan Solomon is working to increase the prize money for female competitors as he made the following statement…

“The women have become such an important part of the Olympia experience and we are planning to award more total prize money to the women than any event in the history of the sport.”

Sometimes change is a good thing and so far we’ve seen quite a few regarding the 2019 Olympia. But the good thing is that the competitors and fans can all benefit from these changes, and have some exciting stuff to look forward to this year.

Few people had as big of a showing at the 2019 Mr. Olympia than Hadi Choopan. Now he gives us a...

Brandon Curry and Patrick Bet-David sat down to talk about several very interesting topics including the 2019 Mr. Olympia's earlier...

The 2019 Mr. Olympia champion Brandon Curry sat down with Patrick Bet-David in an interview where he discussed the nitty-gritty...

Retired IFBB Pro Dennis Wolf expressed his disappointment with the lack of conditioning at the 2019 Mr. Olympia competition in...

Hadi Choopan managed to defy the expectations of many, by competing at the 2019 Mr. Olympia. Now, about a month...