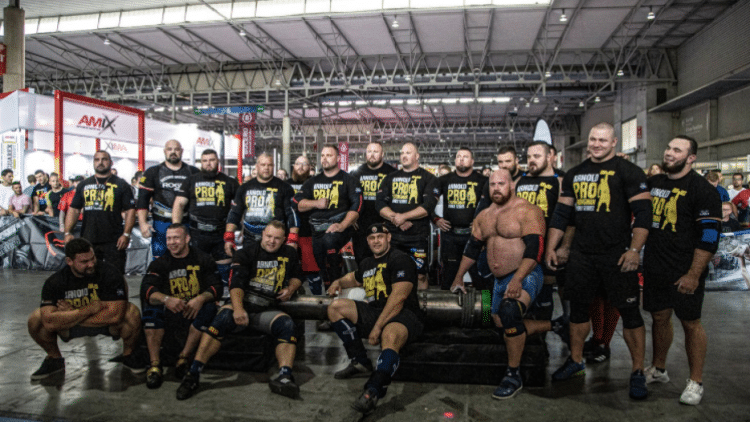 The 2019 Arnold Strongman Europe showcased some of the top strongmen from around the world. The competition was fierce, but in the end, Mateusz Kieliszkowski would rise above. Not only that, but he would win the competition almost every step of the way. Out of five events, Kieliszkowski won three of them, besting his fellow competitors by a long shot.

However, it is important to note that the World’s Strongest Man Martins Licis was unable to compete due to injury. Although he did attend the event, as a referee overseeing the action. Nevertheless, at this point, Licis is not currently qualified for the Arnold Strongman Classic in 2020. While he won the WSM, the Arnold has it’s own qualification criteria, and he has yet to win an Arnold event, or earn enough points.

As for the spot in the Arnold Classic earned from this competition, that would go to fourth place winner Mikhail Shivlyakov. This is because Kieliszkowski, along with second and third place winners Olexii Novikov and JF Caron was already qualified.

Here are the complete results of the competition:

Another noteworthy name on these rankings is Brian Shaw. In the Arnold Strongman Europe, he earned 7th place. Therefore, despite being a former Arnold Classic champion, he too is not currently eligible for the 2020 competition. Under Arnold’s rules, only the previous year’s champion gets automatically invited, which in this case is Hafthor Bjornsson.

Currently, there are no scheduled competitions for Shaw or Licis to qualify for the Arnold Strongman Classic. However, there have been talks of an event in Santa Monica taking place at the beginning of the year. Despite that, nothing is confirmed.

Nonetheless, Arnold Strongman Europe was a good competition. It will be interesting to see how Mateusz Kieliszkowski looks against the rest of the competitors moving forward.

Bigger Shoulders In Less Than 30 Minutes-Session