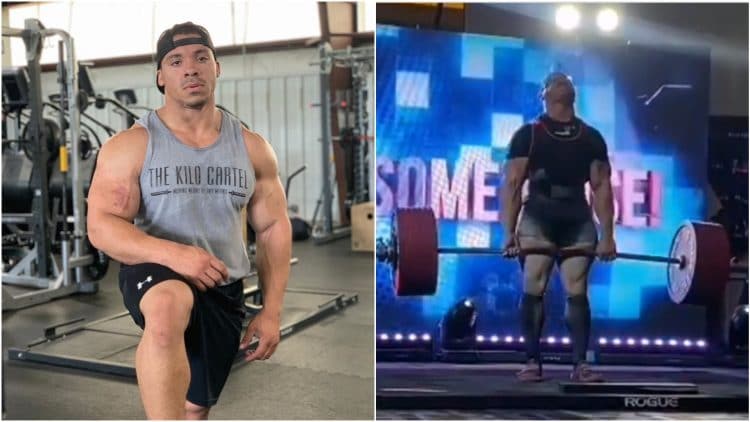 Ashton has been on a tear lately. Actually, let me rephrase that…Ashton has been on a tear for almost his entire powerlifting life. Checking his powerlifting record shows me he has competed almost 50 times now and out of those 50 times, he didn’t place first- only 7 times. Out of those 7 times, his last none championship status while competing, was a third-place rank back in 2019 when the entire planet was still normal and not a “Walking Dead” prequel.

Yesterday was one of the best -if not the best- showings we’ve seen from Ashton. He has been steadily growing into his weight class and his numbers have been following the upwards trend. His total now stands at 943kg with a 365.5 kg squat that looked like it gave him some fight, but nothing Ashton couldn’t handle. Then he made 205kg on the bench look like warm-up weight and the 372.5 kg dead was nothing short of light work for him.

However, what would a powerlifting meet be without some good old-fashioned drama with the judges.  After making 372kg look laughably easy for him, he went for a 380 kg dead. Ashton, once again, goes deep, pulls hard, and locks out. For a second I thought, he was gonna pop a bicep, but he’s in one piece still. The weight goes down a bit faster than what the horrible judges would prefer and they have the audacity to red light him. Funny thing is, Ashton’s 380 kg looked smoother and more controlled than his 372 kg did, and still it wasn’t enough to entertain the judges.

Everything.
I gave absolutely everything I had today. Given the obstacles and circumstances we had to overcome, I knew I couldn’t let it stop me from giving this day my every ounce of my strength. In order to win – it was required. I couldn’t have done this without the support from my coach @theswolefessor and my family, friends, loved ones, and fans. I wouldn’t be nearly as strong as I am without any of you.

And to my competitors, to all that competed, I’ve got nothing but respect for all of you. @bryce_tsa never fails to push me to my absolute limit, and I must say I am personally most grateful for you today – for being an amazing competitor. You are one of a kind, and your ability to rise to these challenges never ceases to amaze us.

With that all said – I will ALWAYS go to where the competition is. I won’t shy away, I won’t turn my back to it, but I will always march forward into it, and regardless of the outcome…I will give everything.

We did the damn thing. See you men in the arena next time.🪓🦍🇺🇸

As you can read, the man is as humble as humble gets. He doesn’t complain, he doesn’t scream about injustice…he just goes out there, destroys the competition, and leaves. The future looks bright for Ashton, I predict that at this rate, he’ll be totaling 1000 kg very soon and a 400kg conventional deadlift is “right around the corner”.