Powerlifter Ashton Rouska fights to lift a total over 2,000 lbs. 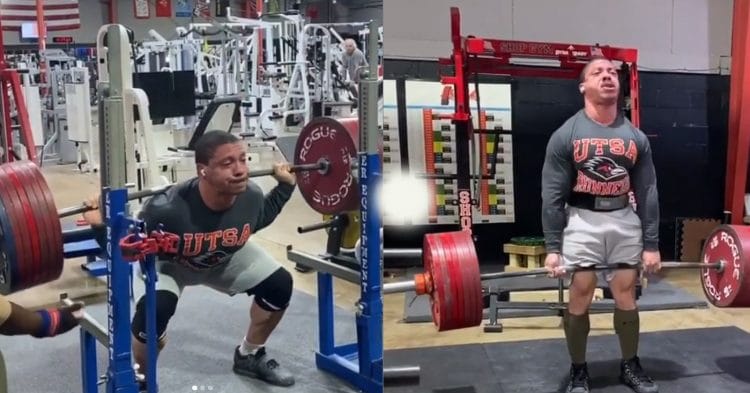 Ashton Rouska shows this lifting is not effortless. He makes it very clear that you need some serious grit and determination to lift a metric ton in one day.

An 805-pound deadlift is just another day for Rouska, but it’s a good day. Grit and determination is precisely what we are seeing all over his face here when he lifts a metric ton. In the squat, we are seeing almost every muscle in his body shake, and how he executes serious mindfulness.

His statistics for this session were as follows:

Rouska noted in his Instagram post that he “didn’t feel too great today” but that he did “get the damn thing done.” He thanked his supporters for having his back.

Have to get used to this new strength base, didn’t feel too great today but by God did I get the damn thing done. Couldn’t do this without all the people that stand with me!

If this is Rouska on a bad day, we can’t wait to see what he brings to the table for his next competition.

Watch the session below:

These numbers aren’t new for Rouska. May 2020 at the 2020 Arnold Grand Prix had very similar numbers.

There he competed in the 231 lb weight class and Rouska took home a world record and an American record in the same win. His recent training session shown above-brought numbers just slightly higher than his world and American record.

These numbers brought home an Open and Jr. American Record, and came after Rouska suffered some injuries this year.

His most recent training session proves he’s working hard to beat himself. We’re excited for his next meet, and will keep you posted.

A 19-year-old powerlifter, Max Shethar, has blown everyone's minds with his recent performance. He competed in the 2022 USPA Matt...