Amanda Lawrence takes home gold and her second USA Powerlifting Nationals title with a total that was 107kg over her runner up. 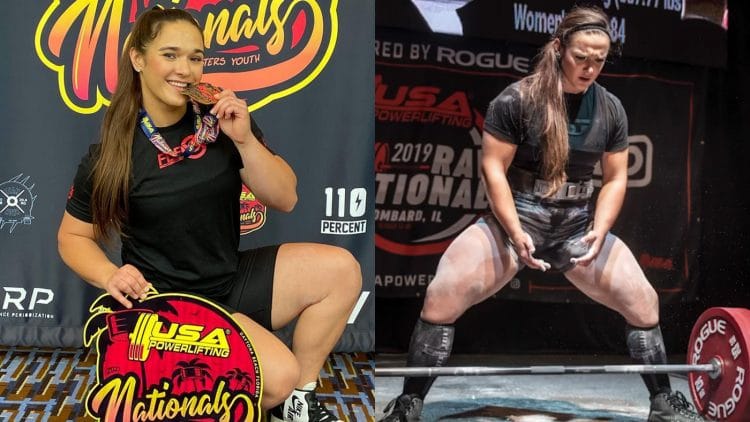 Going into the 2021 USA Powerlifting (USAPL) Nationals in Daytona, FL, Amanda Lawrence was the reigning national title holder and world champion in the 84kg weight class. She came in as the crowd favorite for the USAPL, and left still holding that acclaim.

Today she finished with a gold and a total 107.5kg over the silver place finisher Kennia Webb. In third place for the bronze was Margaret Hampton who tied with Kennia Webb for a total, but weighed 1.6kg heavier.

Her records from the event:

Amanda posted her win on Instagram, noting it wasn’t her best meet.

“Wasn’t my best meet to date, but we came out & did what we had to do to get the job done. Gonna get this hip of mine healed up and we’ll be back stronger than ever! Stay tuned, we’re looking towards IPF Worlds in Sweden next.”

In today’s meet, IPF Champ Amanda Lawrence lifted a bench press that was a tie to her bench press at the 2020 Gainsgiving Open in Wisconsin. That might be why she wasn’t happy with her results today, in addition to the fact that she did not break any records. Her total today was lower than her total which is a record-setting number.

Amanda Lawrence won the title but came into today’s meet 600 grams below the weight-class cutoff. She lifted a 235kilograms easily, then a 240kilogram squat for which she received two white lights. One judge gave a red light on that lift. Her third lift of 245kilograms was a miss.

For the deadlift, Amanda Lawrence took the sumo position and pulled a 240kilograms to three white lights. Her second was a 255kilogram lift and again, resulted in three white lights. She ended the day there, with a six out of eight for overall performance.

In her Instagram post on the event, Amanda Lawrence says that next on her agenda is the 2021 IPF Worlds that will take place in Norway from November 8 to 14.