It's a big feat to accomplish but we'll see if Benedikt has it in him. 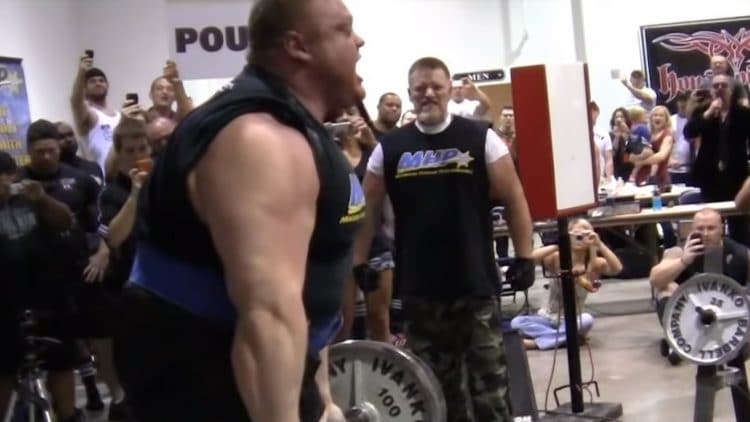 “Giant’s Live Wembley” will take place on April 9th in London at the SSE arena and it’s a brand new show which is also a qualifier for the 2019 World’s Strongest Man competition. Now, the big event featured is the World Deadlift Championships and we shall see if history will be made on this day…

But there’s one man who is determined to surpass Eddie Hall’s 500kg/1,102lb record and his name happens to be Benedikt Magnusson from Iceland. Now, Magnusson is still the record holder for the raw deadlift with 461kg/1,016lbs and he was the previous record holder for the Strongman deadlift until England’s Eddie Hall came along and outdid this performance by a significant margin.

But now, Magnusson is coming back with a vengeance at the Giants Live Wembley competition in hopes of reaching the top once again.

In a recent video which showed him training, he was asked how much he’d attempt, and well… let’s just say he was confident in his estimate… “How many times have I said 528kg”? Three times now, no one listens to me. You underestimate me all the time,” Magnusson said in a fun tone.

Now, if there’s one man who can accomplish this unworldly feat of strength, it’d probably either be Benedikt Magnusson or Eddie Hall himself. But, with sights set this high, it’s hard to argue with will power as anything is possible with an elite World class athlete like Magnusson.

So, it’s anyone’s guess really. Now, Benedikt Magnusson has a history of breaking deadlift records while going back and forth with Eddie Hall like in 2011 when he pulled 460kg/1,015lbs at MHP’s Clash of the Titans IV…

But he broke this record in 2014 with a 1,016-pound deadlift and then finally, went on to deadlift the most weight in his career at the 2016 Europe’s Strongest Man competition with 465 kg/1025lbs; which tied the record Hall set at the same competition.

So, as you can see the two Strongman athletes were neck and neck until Hall finally broke away by a large margin.

But, we’re in 2019 and there’s no telling what could happen this year with a motivated veteran attempting to break a World record.

Updated: List Of Competitors Qualified For 2019 Mr. Olympia In Every Division