Olympia owner downsizes operations but the future is uncertain for AMI.

It’s bad news for the National Enquirer (Or is it?) as it’s days are coming to an end here shortly due to a massive amount of debt which we saw coming for many years now. But, the owner David Pecker’s relationship with Donald Trump is no secret as the two are great friends and Pecker even faced allegations of hiding Trump’s dirt so he can get a head up in the 2016 presidential elections.

Well, this lead to an investigation by New York prosecutors and American Media Inc. (AMI) had no choice but to cooperate with a non-prosection agreement.

But, the latest scandal where Pecker was excused of extortion by threatening to expose Amazon founder and Washington Post owner Jeff Bezos’ genitals publicly really left a sour taste in the mouth of many. Pecker made these threats to get Bezos to deny any political motive by the National Enquirer and this started the federal investigation as Bezos dug up some information about AMI’s practices.

Now, according to the Washington Post, the Enquirer sold  516,000 issues in 2014 to and the numbers fell dramatically to 218,000 by December of last year. That’s a big fall in four years and it was quite apparent that selling the publication would be the only option Pecker and AMI would have after they tried to refinance the company back in 2016 due to being $400 million in debt.

So, besides AMI’s unethical reporting practices, the financial issues alone are enough to convince the company to drop the popular tabloid and stick with the other companies they own, but there seems to be no getting off easy here.

Pecker admitted that AMI was on the verge of a decline as it was “very, very leveraged” and “On the brink” he told the Toronto Star back in 2016. But he managed to keep the company afloat by investing in the magazines US Weekly and In Touch.

Anthony Melchiorre who has an 80% in AMI and who’s also the hedge fund manager for the firm who owns American Media Inc. was especially motivated to dump the Enquirer as he expressed his dislike for the reporting tactics of the company which have long been under scrutiny for its racy and unethical exposure.

Pecker wrote the following regarding the sale of the publication…

“Our board has been keenly focused on leveraging the popularity of our celebrity glossy, teen and active lifestyle brands while developing new and robust platforms . . . that now deliver significant revenue streams. Because of this focus, we feel the future opportunities with the tabloids can be best exploited by a different ownership.”

As of right now, there’s been no word regarding the future of the Olympia organization, as AMI has only considered selling its other publications, but the Enquirer is on the immediate list to drop so that’s the focus of the company as it stands. 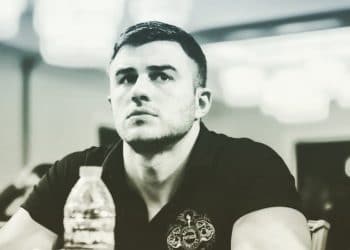 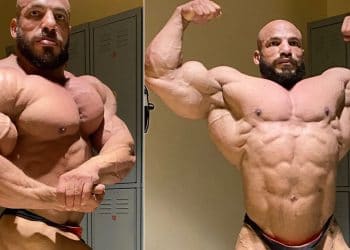