Can Big Ramy Get The Win At The 2020 Arnold Classic?

Big Ramy Looks Like A Beast In Prep For Arnold Classic 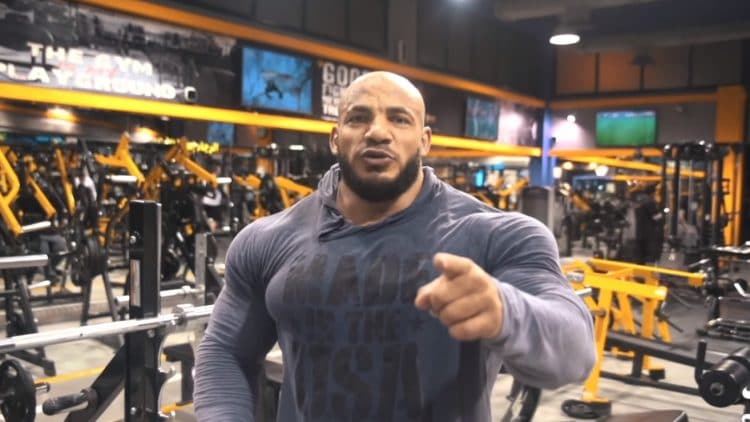 Big Ramy is making his return to competition at the 2020 Arnold Classic. Judging by the looks of things, he seems to have a serious shot at winning the contest, too.

Ramy has not competed since the 2018 Mr. Olympia, taking a year off. He was forced on the sidelines after a shoulder surgery that needed to be rehabbed. The shoulder is one of the most complicated regions to heal properly, so it was important that he took the proper steps to allow for him to get back to his full potential.

However, this hiatus appears to be over, as Ramy revealed that he was making a comeback at the 2020 Arnold Classic. This was met with universal excitement, as he is considered to be one of the best bodybuilders in the world. Furthermore, he is a massive man, so fans are stoked to see him step on the stage again, looking better than ever.

But the question remains – can Big Ramy win the 2020 Arnold Classic? Honestly, there is no way to know for sure, until he steps on stage. As previously stated, shoulder injuries can be hard to heal from, so it is uncertain how he will look when he gets back to competing. However, if this recent YouTube video is any indication, he has a real shot. The video shows him doing his back day, prepping for the contest, and he looks absolutely beastly.

Ramy looks absolutely gigantic in the gym, hitting the weights. Moreover, it would appear that his shoulder is not a hindrance to his training. That is a positive sign for his chances at winning the Arnold Classic. On the other hand, he is going up against some very tough competition when he takes that stage.

The 2020 Arnold Classic goes down in Columbus, Ohio this March. Whether or not Big Ramy wins, it is still exciting to see him back in action after so long. He looks massive here, so he will surely look great in Ohio.

How To Stop Being Skinny Fat and Put On Lean Muscle