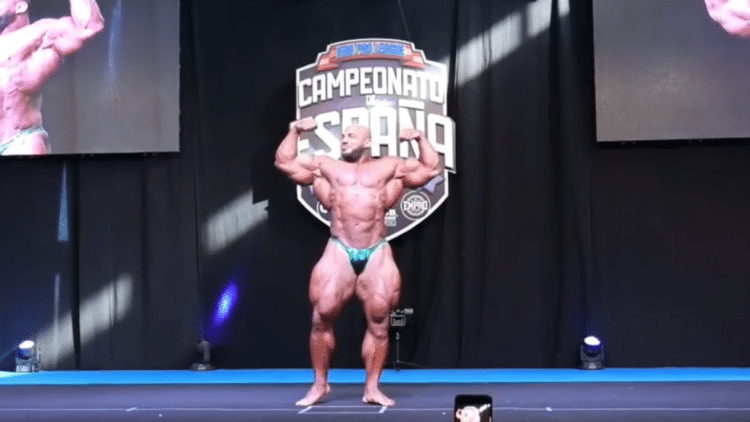 Big Ramy has been out of competition for a while. However, he recently did a guest posing at a competition in Spain, and he looked great.

Ramy is one of the most popular figures in bodybuilding, despite not having competed since 2018. There was some speculation that he would make an appearance at the 2019 Mr. Olympia. However, in the end, he announced that he would not be competing. This was a result of a shoulder injury he had suffered, earlier in the year.

Fans maintained hope that they would see Big Ramy compete before the end of 2019. He did a guest posing earlier this year, still looking super impressive. However, he announced that he would not be competing in 2019, instead of making his return at the Arnold Classic Ohio.

Despite having made his next competition date clear, Ramy has still been having people ask when he would return. This happened further at the Campeonato de España, where he appeared for a guest posing. He uploaded a video of the posing to his Instagram, showing just how impressive he looks. Additionally, he captioned it with information on when he will return, and how hard he is working ahead of that.

this is my current off season shape at 350lbs (147kg) relatively lean not trynna play the size game so trust me i will be more lean hard and shreded than ever in my next show insha Allah. ..

The Countdown for the comeback just started …”

It is good to see Ramy confirm that he will be competing at the Arnold Classic Ohio. This will be the first time he hits the stage since the 2018 Mr. Olympia, where he earned sixth place. As a result, when he goes to compete in Ohio, next March, it will be exciting to see how much he has improved in his time off.

It is clear that Big Ramy has been getting the itch to compete again. With these guest posings, he is keeping his stage presence fresh. Therefore, as long as he tones up more, he will be a force to be reckoned with in 2020.