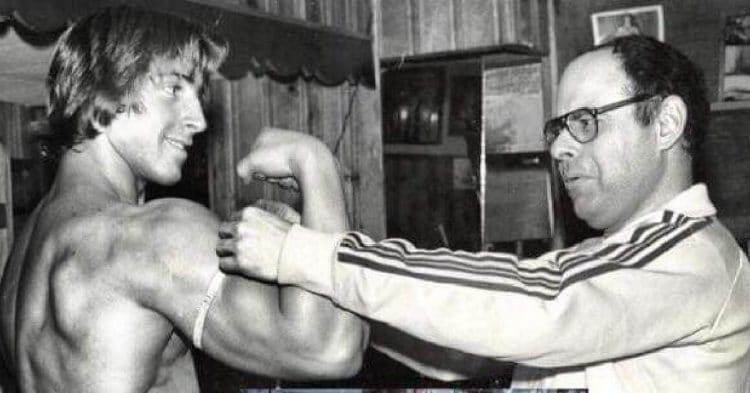 Bob Gruskin was one of the best coaches bodybuilding has ever seen. The community has been shocked to learn that he has tragically passed away.

Gruskin was not one of the most well-known names in bodybuilding, being the head of NABBA USA. Nevertheless, he was an extremely successful coach, working with the likes of Chris Aceto and Justin Miller. In fact, both of these men held Bob in high regard, referring to him as the first guru in the sport.

Whether or not you agree with that statement, there is no denying how skilled Bob Gruskin was. That is why it has shaken up the bodybuilding world, as it has been revealed that he has lost his life. As of the time of writing, no information has been revealed on the cause of death, but Justin Miller took to Instagram to pay his respects to him.

“Today the sport of bodybuilding lost a Legend! Was very sad to learn of the passing early this morning of my old coach. Bob Gruskin 😔 🙏
This is the only photo I have of us.
. .
.
Bob was the original guru of this sport.
He wasn’t big on notoriety or fanfare but he was the best there was. I was introduced to Bob from my old friend Doug Wentz back in the early 90s.
I was grateful Bob took an interest in helping me as I knew there were many top pros…even Mr Olympias that Bob wouldnt work with…so I was honored.
All of us who learned him (the list is too vast to name) Would never have become the athletes or coaches we became if not for Bob Gruskin.
Any and all success that I have had as a bodybuilding coach was only because at one time I was lucky enough to stand on the shoulder of a Giant…a little older man whom you would never know by looking at was the greatest there ever was.
In that unassuming house in the Bronx lived a man who didnt look like a bodybuilder in any way…yet he was the greatest bodybuilding coach of all time. .
.
.

When I was 21 my mom died of a brain aneurysm at the age of 43…my world crumbled…I lost my business, dropped out of school (never to return) and almost lost my mind. Only thing that kept me focused was entering and winning my first bodybuilding show…the biggest show I could pick.. the 1994 Bev Francis Atlantic States. Bob helped me more than words can say, in fact without Bob there is NO WAY that I could have won. Nobody thought I could win (not even Bob lol)
He gave me tough love and it drove me to be my best. He peaked me just right and I beat many older better & more experienced guys that day…and i KNEW my mom was there with me…I just FELT her presence, there was no question!! It gave me peace. 🙏❤ Without Bob that moment never would’ve happened. I had 2 angels on my shoulder that night. My mom and my buddy Bob Gruskin. The TRUE Yoda of the sport of bodybuilding.
He always holds a special place
in my heart.
Rest In Peace Bob ❤
Thank you for everything you did for me and for special moments in my life I will never forget. 🙏”

FitnessVolt would like to send their deepest condolences to the friends and family of Bob Gruskin. He will certainly be missed.