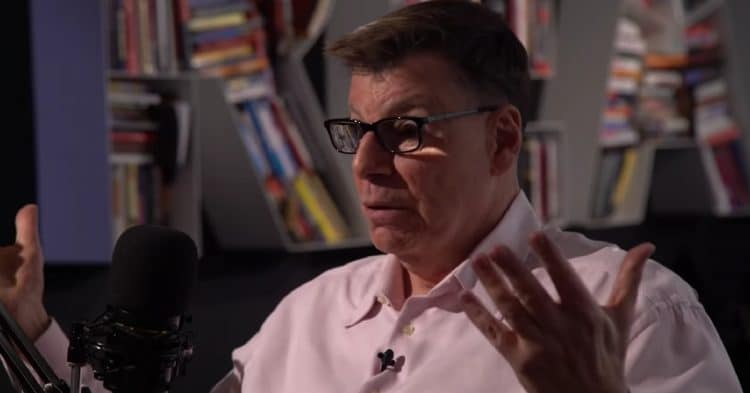 Wayne DeMilla is the President of the IFBB Physique America, and a promoter inside the sport. From his vantage point, he feels like there should be much more strict drug testing inside the sport.

DeMilla has been around the bodybuilding world for a long time, having a huge impact on the sport. As a result, he has seen it all. He was around to see legends like Flex Wheeler and Shawn Ray compete, and reach the pinnacle of the sport.

This view on the sport has left Wayne DeMilla with a different view of the sport. Although it is fairly commonplace for athletes to use performance-enhancing drugs, he feels this needs to change. In fact, as he explained when speaking to Valuetainment recently, he wants big organizations like the Olympia to start having stricter drug testing protocols, similar to the IFBB Physique America that he runs.

The reason DeMilla feels so strongly about this, goes back to some scary things he witnessed over the years, with Flex Wheeler using diuretic steroids to assist his performance on stage. He said that there was a time in Spain where they had to take him to the hospital. After he was sent home, Wayne says Flex began to pass out, so they returned to the hospital. Only this time, the doctors needed some more information.

“He was in bad shape. I go back, and the doctor says to me ‘What is this man doing chemically. I know bodybuilders do drugs, but his left kidney is basically shut down, and his right kidney is weak.’ I said ‘Flex, you gotta give me your bag of goodies, we gotta know what you’re on so we can do all this.’ So we found out, this and that, and he was in the hospital close to a week.”

However it is not just Flex, that has Wayne DeMilla concerned.

“He had another incident one time on the tour. You know, we lost Andreas Munzer from a combination of things, right after the San Francisco Grand Prix. Another time at the Arnold Classic, Paul Dillet overdid the diuretics, goes into the rear double bicep and he locks. We took him off like a board, but by that time we had portable IV units backstage, along with doctors to start the IV before the ambulance got there. I mean, that’s how bad it was.”

DeMilla says that he understands that these athletes are willing to do anything to achieve their goals, but they are extremely unhealthy. He recognizes that bodybuilders are meant to be the extreme physique for the manliest of men. However, he feels that these bodybuilders are risking their lives by doing things like this.

“A lot of times these guys are the most unhealthy on stage, and their lives are in the balance. It shouldn’t be like that. It wasn’t like that before.”

All of this is to say that DeMilla wants to see some changes in bodybuilding. He says that when he came back to the sport as IFBB Physique America President, he required that his competitors get tested randomly by a World Anti-Doping Agency accredited lab. He wants to see similar procedures taking place around the rest of the sport.

What do you think of Wayne DeMilla’s comments about drug testing in bodybuilding?