An Australian champion bodybuilder by the name of Chris apparently eats 10,000 calories a day and spends six figures on food 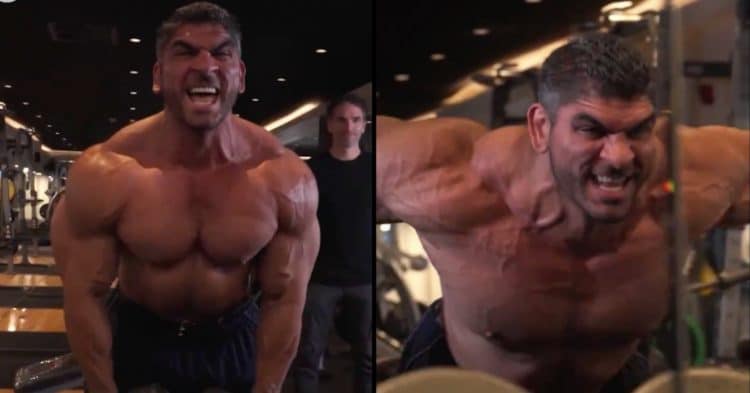 It is far from newsworthy to say that bodybuilders eat a lot of food, and spend tons of money on their diet. However an Australian bodybuilder by the name of Chris has made waves for just how much he eats and how much he spends on food.

Chris is an apparent three-time winner of the Mr. Australia bodybuilding contest, who is looking to compete in the United States. In order to do that, he is trying to bulk up in a big way, and is putting in the money to do just that.

Chris spoke in a docuseries called Mirror Mirror, where he explained that, in order for him to bulk up, he eats around a staggering 10,000 calories a day. This adds up to him spending about $180,000 a year, just on his diet and nutrition.

For breakfast, the Australian bodybuilder eats a dozen eggs, ten slices of bread, a liter of orange juice. In fact, this was a feast that the man who interviewed him tried to join in on, but struggled to eat a portion of Chris’s first meal of the day.

Then, just two hours later it is time for Chris to have lunch. Here he cooks up a whopping ten steaks, to eat alongside a healthy portion of rice, before heading to the gym for a hardcore workout.

To cap off this massive daily meal, the champion bodybuilder has ten fish fillets along with a healthy portion of potatoes. This is so much food, that Chris has even admitted to feeling sick at times, and nearly regurgitating his food because of how much he consumes.

“What I see now is a man in his 30s who’s been training for almost 20 years, who was not big enough, could be bigger and who is out of proportion … who could always get bigger, better and stronger,” Chris told Sampson.

“I see myself as too small. There’s not enough meat on me.”

SNEAK PEEK: Part 2 of #MirrorMirror examines how our obsession with the Beauty Ideal is exploited by the fitness, diet, and pornography industries and how our image-obsessed culture can easily lead to disorder. #MirrorMirror continues 7.30 Tonight on 10 and 10 Play on demand pic.twitter.com/Cum17BfGO6

The fact that this bodybuilder has been doing this diet for seven years and does not feel big enough, is enough to make some feel like he suffers from bigorexia, a condition which has been brought to light in recent times that makes suffers feel that no matter how big they get, they see themselves as not big enough. This is something that Chris himself feels could accurately describe him.

The fact of the matter is, this is impossible to claim as being a healthy amount of food intake, even for a bodybuilder. If Chris is suffering from this mental health condition, one can only hope he finds help before it becomes too late.