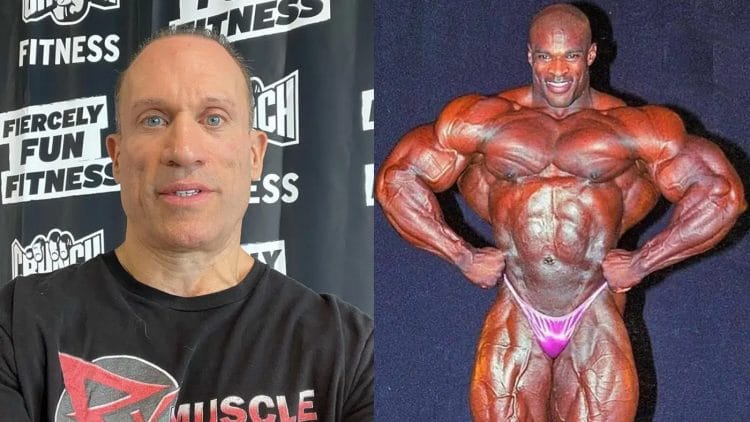 Bodybuilding legend Ronnie Coleman recently made some comments about his thoughts on diuretics, that has the community up in arms. Someone who outright disagrees with him is Dave Palumbo, and he had no problems explaining why.

When Coleman made the comments that he wanted to see diuretics being banned in the sport and athletes tested for it, it caused a bit of a mixed reaction in the community. While some understood his points, given the seeming increase in deaths the sport has faced over the last few months, others like Bob Cicherillo said that Ronnie had no problem with them while he was competing himself.

RxMuscle’s Dave Palumbo falls in the category of people who disagree with Ronnie’s sentiments, as he explained during a recent Q&A video. Here he said that bodybuilders do crazy things, and should educate themselves instead of relying on promotors to pay the extra money to drug test everyone, when athletes will find a way around the testing anyway.

“I don’t think the testing is the solution, I think education is the solution. I know people who do lines of cocaine before stepping on stage, I don’t know why. People do stupid things, what are you going to do? You can’t test for everything,” Palumbo said.

“If you test for all this stuff, it adds way too much cost to the promoter’s pocket book. Now people don’t want to have as many competitors in shows, and if you only test the winners that’s not fair, because why should the other people not be tested? So, I don’t think it’s a viable solution, I think the solution is education.

“People through the annals of time have done stupid, extreme stuff. You’re not going to stop that by drug testing them, okay. Because you know what’s going to happen? You drug test for this list of diuretics, someone’s going to find something not on the list, and they’re going to use that,” Palumbo continued.

Dave Palumbo went on to say that one of the biggest problems is not the drugs in the sport, but the self-proclaimed gurus that misguide athletes. He says that as long as you keep your diet straight, then you do not even need the diuretics to win shows.

“Stay away from people like that. Those people are dangerous. You have to understand that as a competitor, when you make a decision as to why to go to someone, it shouldn’t be because they’re the most dangerous person out there.

Dangerous is not the best trainer, it’s just the most extreme trainer. Find a safe way to do things, so that you can do the sport for long time, and when you leave the sport you still have your health,” he said.

Both Dave Palumbo and Ronnie Coleman have good points about their views on this subject. It is certainly a complicated issue, and one that can not be solved without upsetting one group of people or another.