You can't become James Bond without a little bodybuilding. Here's a look at Sean Connery, former Mr. Universe contestant, and his love of all things fitness. 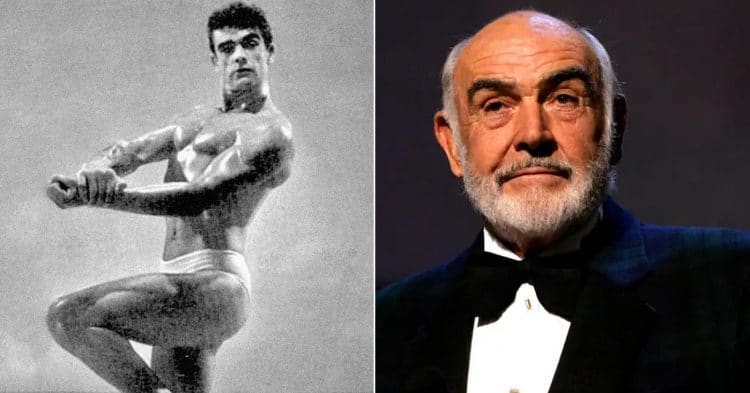 The world has lost an icon, with the passing of former James Bond Sean Connery. And while many of us knew and loved him as a 007 extraordinaire, what many don’t know about this man is that he was actively involved in living his fittest life, through experiences such as bodybuilding, and even a Mr. Universe competition. There was more to Sean Connery than 007.

Let’s have a look.

Having passed at the age of 90, Sean Connery was born in 1930 in Edinburgh, Scotland. He lived a fairly modest life with his parents, who were a cleaning lady and a truck driver. When he turned 13, he decided to join the Royal Navy that would equip him with the tools and character needed to function in Scottish society.

At the age of 18 though, he was fit enough for the Royal Navy and decided to take his fitness up a notch with some bodybuilding. His interest in the sport was avid, and after three years in the Royal Navy, he returned to Scotland to begin a professional life.

By 21, he had joined a gym and began training there with a trainer from the British Navy. He soon joined the Navy with some bodybuilding statistics that made him fit right in with the nation’s defense. Unfortunately for Connery, the stress of Navy life led to stomach ulcers and he was honorably discharged.

He went back home to Scotland and began taking whatever job he could get. That included polishing coffins, dancing lessons, and more bodybuilding.

After a few years of bodybuilding, he decided to take it to the competitive level. That is when he had his eye on Mr. Universe, a contest that was held in London in 1950.

Most reports dispute just how well he did in the competition, but many say he placed third. Even so, Sean Connery was not too thrilled about Mr. Universe and was said to have complained that the Americans in the competition was too stiff for him. Even after his bodybuilding experience and training, Connery thought that the Americans had a better shot at Mr. Universe than he did.

While Sean Connery was trying out to become Mr. Universe, his talents and physique caught the eyes of talent scouts for James Bond. When he went to London for the contest, he was asked if he was interested in doing a show, and this would be his big break into show business.

He was offered an audition in South Pacific and won it. And the acting bug consumed him. After South Pacific, he began to learn more about acting and was scouted by Ian Fleming for the James Bond series.

The rest as they say, is history.

After that, seven more men would play James Bond. But none would be remembered the way Sean Connery has been, and always will be.

In addition to being a world-famous Mr. Universe contestant and James Bond, Connery also became knighted by Queen Elizabeth at the age of 70.

Two decades later it would be time to say farewell to one of the world’s favorite Bonds. By 90, Sean Connery would pass away in his home in the Bahamas surrounded by his family.

Farewell, Sir Connery. The Universe will miss you greatly.

Barbells vs. Dumbbells: Which is Best?