Bradley Martyn In The Hospital, While Shaq Poses Chiseled Frame 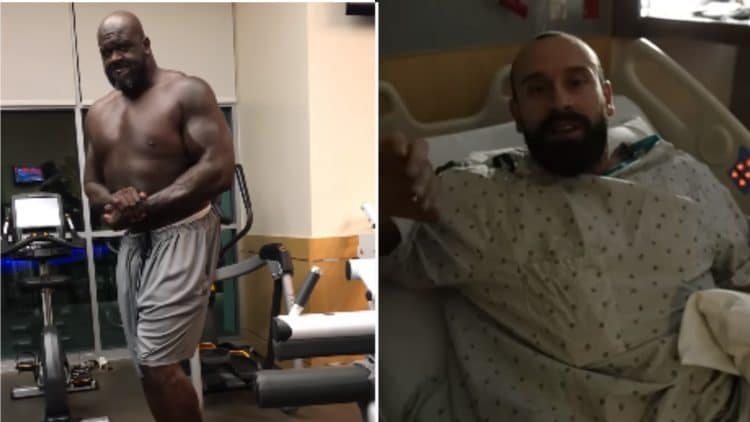 The world of fitness and strength sports can be a bit of a crazy, and quickly moving environment. This week sees Shaquille O’Neil looking jacked, while Bradley Martyn gets hospitalized.

The first thing we will address this week, comes in the form of an update from Bradley Martyn. He recently shared a video to his YouTube channel explaining that he was in the hospital. Here, he does his best to describe what was going on.

According to the video, Martyn has been feeling sick and lethargic for a few weeks. Then he began passing out after taking an extremely hot bath with a fever. So he went to the emergency room, where it was assumed he had the flu. However, instead he discovered that he has an infection from an unknown source.

The assumption is that Bradley Martyn may have had bad shell fish. He got an absurd amount of hives on his chest, which he discovered when he went back to the hospital. Although he still has to determine if it is that, or some sort of virus. He will provide updates as he begins to figure it what is going on.

In more positive news, NBA legend Shaquille O’Neil looked absolutely incredible recently. The 47 year old, standing at 7’1, has always been a big guy. However, there have been times, especially as he got older, where he let his physique go.

Nevertheless, it seems that Shaq has really turned things around. He recently posted a clip to his YouTube, showing off his frame, and doing some flexing. Here, he looks super fit, especially for his age.

Shaq has long had some active involvement in the world of bodybuilding. That influence is definitely seen here, as he hits some various poses you may see on stage. Either way, it’s still impressive to see him with a somewhat defined six-pack, and massive arms.

Hope you enjoyed this week’s update. Have a good time this week, and stay strong!

7 Reasons To Have a CrossFit Boyfriend