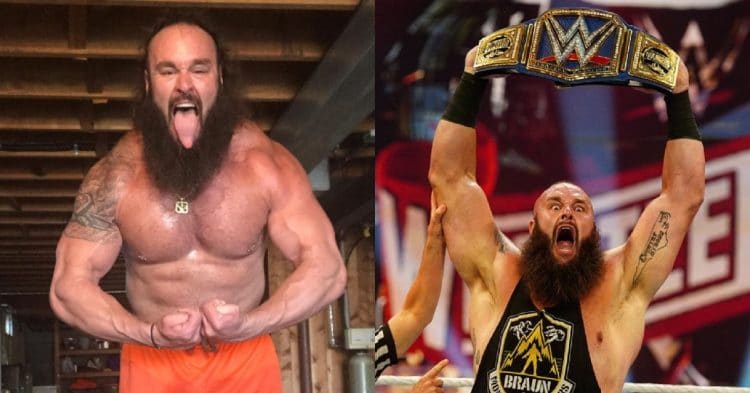 If you are a professional wrestling fan, you likely saw Braun Strowman win the WWE Universal Championship. However what you may not know is that he used to be a champion in a strongman competition, as well.

If you are not a pro wrestling fan, then you may not be familiar with the name Braun Strowman. However, you may be more familiar with his birth name Adam Scherr. It was under this name that he had an incredibly successful career as a professional strongman.

Strowman had quite a solid room as a strongman, winning several events. He holds victories at the Central GA Strongest Man, Europa Battle of Champions, and Monster of the Midland events. Most notably he won the 2012 Arnold Amateur Strongman Classic. Then two years after that, he should make the transition to professional wrestling.

“To all my family members friends and fans around the world I couldn’t have done this nor would I be here if it wasn’t for you!!!!! Thank you,
Sincerely #TheUniversalChampion“

All of this would lead Strowman to this year’s WrestleMania event. WrestleMania is the biggest annual event the WWE puts on, with this year spanning across two days. In the first part of the event, Braun would defeat Bill Goldberg to capture the WWE Universal Championship. This is the official title for the Smackdown series, and a massive achievement.

This is not the first title Strowman has won in the WWE. Among his list of accolades, he is the former Intercontinental Champion. In addition to that, he is a two time WWE Raw Tag Team Champion, with the help of Nicolas and Seth Rollins.

This is still a huge accomplishment for Braun Strowman, and perhaps his highest achievement to date. Congratulations to him for being able to make this happen. It makes you wonder though, which was a better feeling victory: winning the WWE Universal Championship or winning the Arnold Amateur Strongman Classic?

Johnathan Bale Bet Almost $1 Million That He Could Do 2,400 Push-Ups In Less Than 12 Hours…And Won!