Results: The Winner of Arnold Strongman Classic 2020 is Hafthor Bjornsson 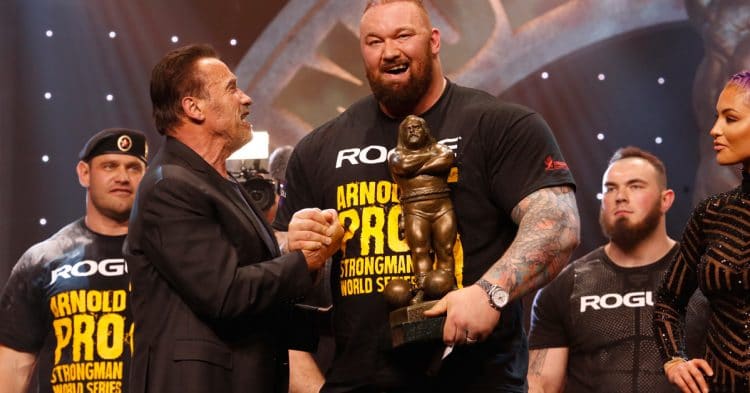 The Arnold Strongman Classic is one of the most highly anticipated, premiere events in strength sports. There have been many champions over the years, with Hafthor Bjornsson from Iceland dominating in 2019 among a stacked lineup of elites.

But the 2020 contest also saw the best of the best battle it out for the crown and in the end, Hafthor Bjornsson was able to outperform the rest of the field to win his 3rd Arnold Strongman Classic title after a grueling day’s worth of Strongman events.

Hafthor Bjornsson secured the victory today for his third straight Arnold Strongman Classic title. The Icelandic Strongman athlete went on a hiatus last year refraining from certain competitions after an injury potentially cost him a higher placing at the World’s Strongest Man contest.

But he’s back with a vengeance and looking to reclaim his World’s Strongest Man title that was taken by Martins Licis in 2019.

Mateusz Kieliszkowski the young 26-year-old Strongman from Poland is incredibly deserving of his 2nd place at the event. He owns a few world records (circus dumbbell press, Cyr dumbbell press, and car walk) and has placed 2nd at the 2018 and 2018 World’s Strongest Man competition.

This amazing record must feel amazing for Kieliszkowski who just made the podium at the Arnold last year but he had a great 2019 overall winning the World’s Ultimate Strongman, Giants Live, Poland’s Strongest Man, and Arnold Pro Strongman Europe. He secured a second spot at tonight’s final.

Hafthor Bjornsson’s big lift a 465kg / 1026lbs deadlift in the second attempt! There was a $100,000 prize to deadlift 501kg, but this would have been a huge risk for Bjornsson as his priority was to win the 2020 Arnold Strongman.

Congrats to Hafthor Bjornsson once again.