Chris Bumstead crushes his workouts for major arm improvements while rival Breon Ansley kicks his back workout into high gear before Mr. Olympia 2020. 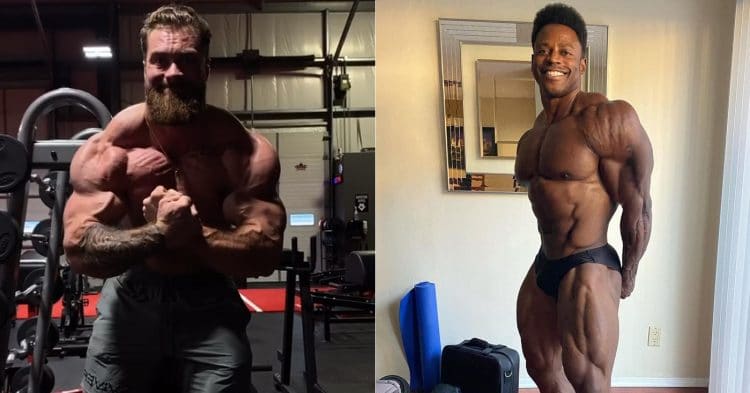 Long-time rivals Chris Bumstead and Breon Ansley have taken to Instagram to show off their progress as they prepare for this December’s Mr. Olympia 2020. This time, they are keeping some secrets to themselves without heating each other up too much, as they make some major physique improvements.

We reported this summer on the knocking that Ansley had given Bumstead over his arms, just after he took the Classic Physique Olympia from him. Bumstead may never admit it, but it appears that he’s been taking the critique seriously, as he is now showing off major improvements on the arms.

With some injuries to work with, Bumstead’s legs may not be getting the attention they need. But Chris Bumstead is working on the arms, getting a little bit closer to where he needs to be. His back needs some work to tune out the overall package, but his arms are looking good in his new physique video, that he released without comment.

While Bumstead may have been mum when sharing the post, his fans certainly were not. One encouraged him on saying, “This is insane! Good luck to anyone trying to beat this.”

Another noted that he was “easily better than you were this time last year.” It is just the support he needs as he looks ahead to Mr. Olympia in December.

Meanwhile, his long-time challenger Breon Ansley is not letting an opportunity slide to show off his hard work. He has also released some pictures of his latest efforts to become Mr. Olympia 2020 with a side trice pose.

“This side tricep pose needs work from me but if they call it at @mrolympiallc I will be ready to rock it smiling BIG😁♠️🦢.?

Ansley got a lot of hearts from his fans for that one. And it’s not the only thing he is showing off.

He also showcased a little bit of his back workout with some pumping inspiration of soul.

“Who digs the Soul with some Rock N Roll BOUNCE?”

It might be putting a little egg on the face of Bumstead when it comes to how Ansley is working on his arms, and his back, in preparation of Mr. Olympia 2020. Which one comes out on top remains to be seen, but they are both giving each other a run for their money.

Mr. Olympia is set for December 17-20th this year at the Las Vegas Convention Center and will be held at the Zappos Theater in Planet Hollywood.