Chris Bumstead and Breon Ansley Are Both Hard At Work Ahead Of 2020 Mr. Olympia Face Off 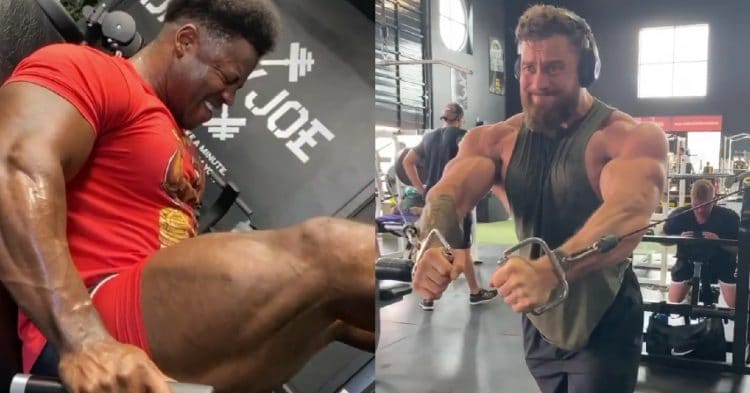 One of the most interesting rivalries in all of bodybuilding right now, is that between Chris Bumstead and Breon Ansley. Before they face off again at this year’s Mr. Olympia, both men have been hard at work, hoping to best the other.

For a while, it was thought that Breon Ansley would hold the Classic Physique Olympia title, that he first won in 2017, for many years to come. However 2019 would see a shakeup as Chris Bumstead would lose his bridesmaid status, winning that year’s event. Although some felt it controversial, it was hard to deny that Chris had stepped his game up, and had the potential to be a future superstar.

That being said, the result of last year’s Olympia has fans excited to see the next chapter in the rivalry between these two fantastic athletes. We have already seen that Bumstead has been working away, even as gyms are closed. However a recent post to his Instagram showed that he has been amping things up even more now that gyms have reopened. This was evident when he was seen doing some squats and cable flyes in a recent training session.

“Everything really starting to move in the right direction getting ready for the @mrolympiallc in December. It’s been a weird year, but I’m ready for a strong finish🙏🏼”

That being said, Chris Bumstead will certainly have his hands full with Breon Ansley. The two-time Classic Physique champ is more motivated than ever, trying to get his title back. Therefore he has also been in the gym, working away and looking jacked. This recent post, in particular demonstrates his glute and hamstring work.

“Details & Seperation🚀 here’s 3 exercises to where this was the Goal because ultimately aside from shape and Muscle, these will set you apart!!!♠️🦢”

With the Olympia still about five months away, we will still have time before either of these guys really rev things up. However they already look pretty even, in terms of physique. It is safe to say we do not envy the judges, come December.

Are you rooting for Chris Bumstead or Breon Ansley?

Brian Shaw Eats His Old 15,000 Calorie Strongman Diet, And He Can Barely Handle It!