After hearing the criticisms and critiques that YouTube bodybuilder and nutritionist Greg Doucette had of his diet, Brian Shaw clears up some concerns 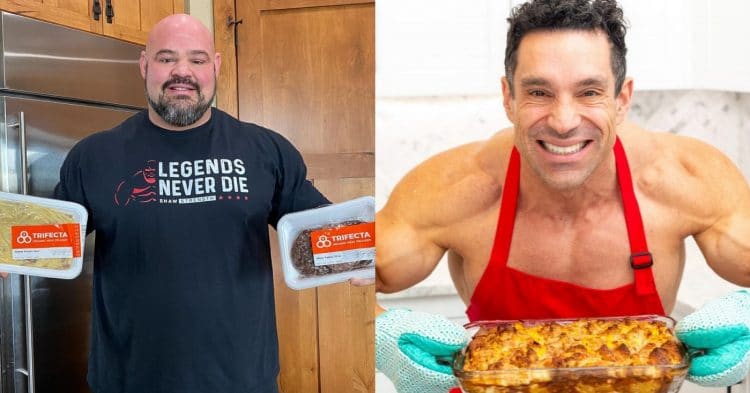 Former World’s Strongest Man Brian Shaw recently came under a bit of scrutiny, when YouTuber Greg Doucette critiqued his diet. Now the strongman responds to these criticisms, and open up more about his nutrition.

In his prime, Shaw was one of the biggest and best strongman athletes to ever walk this planet. In fact this is still somewhat true, as he is still racking up some contest wins.

However he recently underwent some serious weight loss, in order to try living a healthier lifestyle. This was a result of his strict diet, that severely cuts down on his caloric intake.

This diet was recently the topic of discussion in a recent video from YouTube fitness star and diet expert Greg Doucette. He had generally kind words to say, but did offer some concerns about the fact that Brian was always hungry.

You can check out his full video below:

Of course, Brian Shaw is a classy guy, and did not get bothered by the comments that Greg had to say. However he did feel like there was a bit of a misunderstanding that led to Greg being unnecessarily concerned.

Speaking in a recent video on his YouTube channel, Shaw paid a ton of respect to Greg, but says he has the utmost trust in his nutritionist, Nathan Payton. They are working together to drop his fat percentage, while keeping functional strength.

“With Nathan, we go through a lot of different phases, and this is the initial phase,” Shaw said.

“That is true, but what you have to realize is that I made a significant change, from the calories I was taking in before, to this diet, and my body took a couple weeks to adjust.

“I’m not going to lie, I had a dull headache going on for 7-10 days. I was starving, I was very hungry. There was kind of an initial transition period.

“But now that I’ve been on the diet a little bit longer, I’m dealing with it much better. So I am not, I wouldn’t say starving, I’m still getting hungry but that’s natural.

“If I’m going to eat every two-and-a-half hours all day long, that should be the case. I should work through my food, get it through my system, and then move on to my next meal.”

From there, Brian Shaw explains that this is still the first phase of the diet, and he will be changing soon. That being said, he feels that Greg pointed out some good things, but he feels they just would not apply to him personally.

Moreover, Brian goes on to say that there were some things that Greg did not take into consideration, such as his individual needs and his allergies. He makes sure that he is not taking too long to eat, so he can make time for everything in his life.

“What I want to say guys, is I never put this out, I never one time said I’m trying to be the example for someone to cut down,” Shaw said.

“I am simply showing you guys a behind the scenes look at what I’m doing, but my diet is made specifically for me, tailored for me.

“So I think in some way, Greg was kind of thinking that I was trying to push that diet for other people that are losing weight.”

All in all, Brian Shaw feels that Greg Doucette’s advice is generally good for most people. However his needs are different than the average person, or even the average athlete.

The fact of the matter is that strongman athletes are a completely separate breed, when it comes to dietary needs. Brian is a smart guy who has well researched his diet and has a good team behind him.

Fasting has been an essential part of human life for thousands of years. In modern times of no scarcity, overeating...