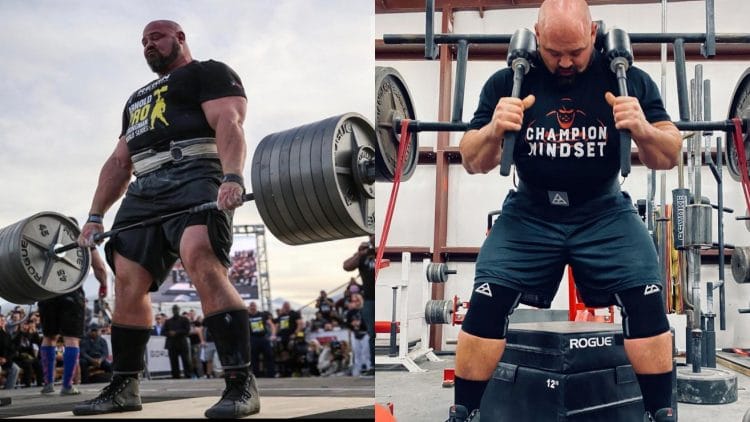 Brian Shaw will be missing his first Arnold Classic in a decade, this year. He has confirmed as much, by addressing rumors that he was granted a special invitation to the event.

Shaw is one of the most accomplished strongman athletes to ever compete. He has won the World’s Strongest Man contest four times between 2011 and 2016. Moreover, he has competed at the Arnold Strongman Classic every year since 2010, winning the 2011, 2015, and 2017 contests.

However, this ten-year streak of Shaw competing at the Arnold Strongman Classic will be coming to an end at the 2020 event. He came close to securing an invitation to the event at the Arnold Strongman USA event, earlier this month, but ultimately came second to 2019 WSM Martins Licis. Despite the disappointing result, he managed to still stay positive, taking it all in stride.

“Based on the qualification system I did not qualify,” Shaw explained. “So I have not, and I will say this again, I have not been offered a spot by Arnold or anybody with the Arnold. They have not reached out to me. And if they were to reach out to me, I just want to make this very clear, I would not accept the invite to compete in Ohio strictly based on the fact that I wouldn’t feel right about it because I didn’t qualify based on the system that was in place.”

Despite this, Shaw is looking at the bright side of things, thinking ahead to future contests.

There is certainly a lot to respect about the mindset of Brian Shaw. To say that he would not feel right about taking a special invitation to the Arnold shows a lot about his character. Furthermore, his ability to stay positive and keep moving forward likely plays a big part in what has made him such a great athlete.

Calum Von Moger Shows Off His Enormous Back Ahead Of Bodybuilding Return!