Calum Von Moger Shows Off His Enormous Back Ahead Of Bodybuilding Return! 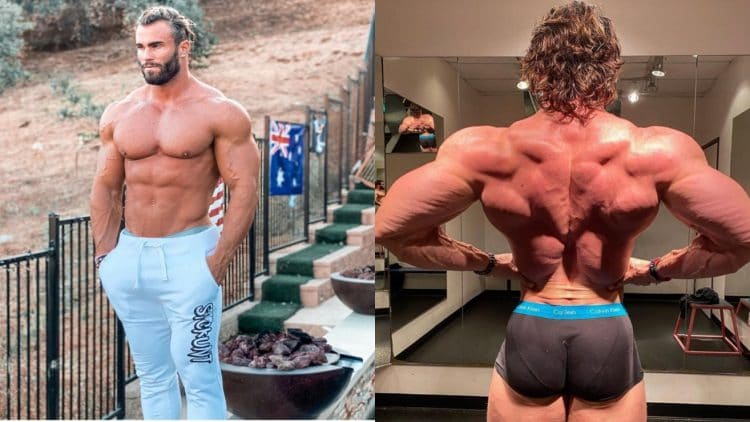 Calum Von Moger will soon be making his long awaited return to boddybuilding. Ahead of this comeback, he shared an update of his back, and boy does he looked jacked!

Von Moger may very well be the most popular bodybuilder to barely compete as a pro. He first began getting mainstream attention from his role as a young Arnold Schwarzenegger, in the 2018 film Bigger. From here, fans grew attached to his charming personality, and ridiculously massive stature.

As for his boddybuilding career, Von Moger has had a bit of a tough time. A seemingly never ending battle with injuries has left him on the sidelines for nearly five years. The last time he took to the stage was when he won the 2015 Mr. Universe, at just age 25. Although this was an impressive performance, when he was unable to follow up with more competition, he began making a name for himself as an entrepreneur and YouTuber.

Nevertheless, the wait for Calum Von Moger to return to competition is almost over. He recently revealed his intent to compete at the Jay Cutler Classic, which goes down from April 10th-11th. This NPC event is sure to bring the best out of him, and he has been training hard accordingly.

Von Moger recently showed how hard he has been working, with an update to his Instagram. In the post, he gave fans a glimpse of his ridiculously massive back, about ten weeks out from the contest. While he still has work to do, as he admits to, he still looks super ripped here.

Von Moger seems to be proud of his triceps, as he should be because they look solid. Not to mention his his back is looking pretty well defined. On the other hand, as he alludes to, he could still use some more work before the contest. Bulking up a little more, and working some more on definition would surely push him over the edge from looking good, to looking unstoppable.

How do you think Calum Von Moger will do in his return to bodybuilding?

Weighted Pull-Up and Chin-Up Exercise Guide: How To, Benefits, Muscles Worked, and Variations

The ability to perform a pull-up and chin-up can make you feel empowered. Most of us remember our first pull-up....