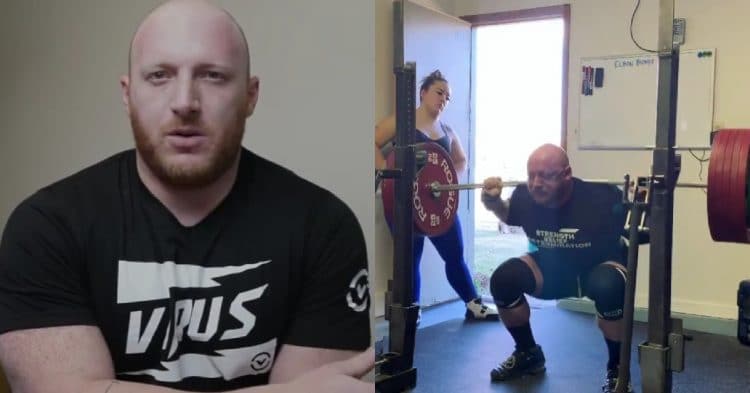 Gyms might be closed all over right now. However, that does not stop Bryce Lewis from crushing a new personal record anyway.

Lewis has been looking unstoppable as of late, really putting together some impressive performances. The last time he competed was at the 2019 RAW Nationals, where he took first in the 231lb division. However, he has been doing some hard work in the gym too, showing that he is still constantly improving.

This was on full display again recently, when Lewis took to Instagram. Here he decided to share some of the work he has been doing while in quarantine. The highlight of this work came in the form of a gigantic 650lb squat triple, which was a new lifetime personal record.

“Feeling so strong right now. 295kg/650lbs x3 for a lifetime PR triple. Bench is holding its own too. Whenever worlds ends up being, I’ll be ready”

This was a pretty impressive lift from Lewis, who has been trying to make the most of the current situation in the world. He looked really solid, hitting all three of those reps. While it would be hard to say it looked easy, he handled the weight very well, and it was a pretty clinical performance.

Bryce Lewis has been working a lot lately, on improving his squat technique. Here he is, just a couple of weeks prior, hitting a massive 705lb squat, as well as a 485lb bench press. This is only six pounds away from the best squat he has done in competition.

Bryce Lewis is currently working on preparing for the IPF Worlds, which is supposed to happen later this year. Provided that event still goes on, he will likely have an awesome performance there. Given the fact that he just started prepping for the event, and he is already hitting numbers like this, he is sure to bring a high level of skill, whenever he competes next.