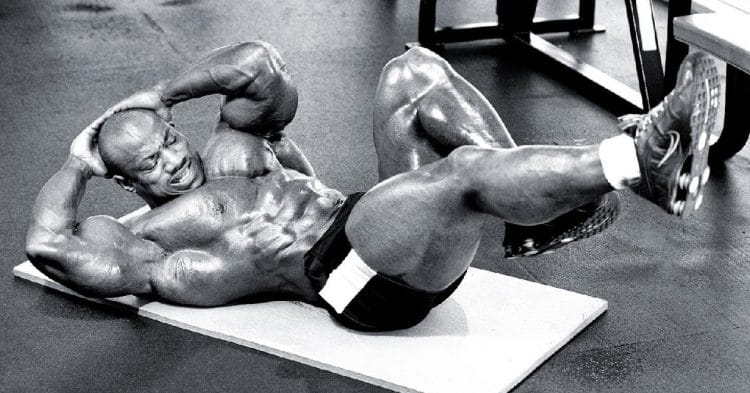 If you are a high level bodybuilder, then chances are you have had to deal with bubble gut. Lucky for you, Dexter Jackson has decided to share his secrets for battling this nuisance, keeping your abs solid.

Jackson has been competing longer than almost anybody. Even though his career is coming to a close, he has achieved an unbelievable amount over the years. As a result, he is perhaps the most experienced bodybuilder who is actively competing.

One thing in particular that Dexter Jackson has experience with, is dealing with bubble gut. This is often a result of using Human Growth Hormone, which leads to excessive bloating and stomach distension around the core. It is a true frustration for those who experience it, especially when it happens during competition, like what happened to Dexter at the 2018 Arnold Classic.

As difficult as it may be to deal with, Jackson has now developed methods to avoid the bubble gut. Speaking with Patrick Bet-David, he decided to share those secrets with the rest of us.

“To get my gut down, that’s all nutrition. I’m going to tell you this: a lot of people think just because you eat healthy, that you’ve got a good gut. So they get away from the sugar and guess what they do. They go to the Sweet and Lows, they go to everything that’s got sucralose in it. That’s the worst thing you can do. That’s the absolute worst thing you can do, especially over the years of us bodybuilding. So when you have a lot of guys that’s got a big gut, nine times out of ten that’s because of that, and a lot of people don’t realize that.”

Jackson went on to explain that he was struggling with hiccups for weeks nonstop. He said that he went to Mayo Clinic to get tests done, and they figured out he had gut bacteria. The doctors helped him get rid of that bacteria, but he says that was one of the reasons his gut was puffy at the bottom.

Following that, Jackson saw another specialist who told him to cut out the sucralose. In addition to that, she had him take something, but he did not want to reveal the substance until after he retires. Regardless, he took it from Arnold to the Olympia, and the results were dramatically evident.

Dexter Jackson is not the only person who has dealt with the bubble gut. Hopefully, this advice can be helpful to others who struggle too.