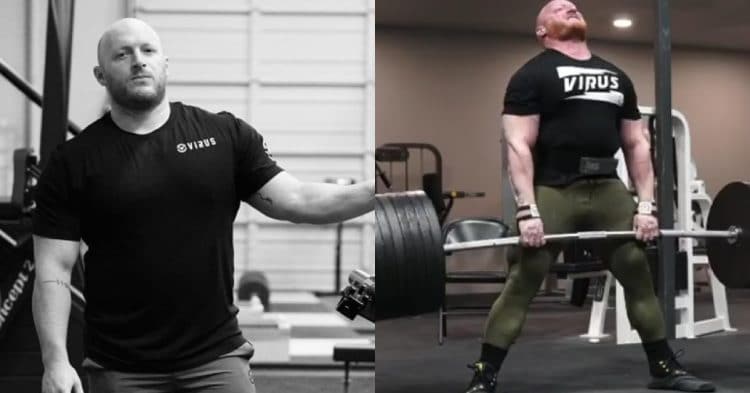 Bryce Lewis is one of the most accomplished clean powerlifters on the planet. However he took things up a notch recently, by absolutely destroying a massive deadlift.

Lewis has been competing professionally for a decade now, competing in the 105kg division for the last five years. Here, he has seen a ton of success, scoring multiple USAPL and IPF records along the way. Moreover, he has done this while staying away from any sort of performance enhancing drugs, being a strong advocate for clean lifting.

The one thing that Lewis has worked to prove over the years, is how strong you can get, even without steroids. He showed this again in a big way, with a recent Instagram post. Here he can be seen, absolutely demolishing a gigantic 804lb deadlift like it was nothing.

“EIGHT HUNDRED.
.
(Technically 804). I felt fantastic with this…super low arousal and very in my element and not overthinking. This ties a lifetime best and moved a little faster. 2020 will be a great year 😤”

There are several things to take away from this performance. First and foremost, wow that was a gigantic deadlift! Furthermore, the over 800lb mark was something Lewis had set his sights on at his last competition, the 2019 RAW Nationals.

Although he would miss the mark of 815lb in that contest, Bryce Lewis would not be deterred. Therefore he took the time, and put in the work, hitting new PRs along the way. Here he is, a few weeks earlier, hitting a 765lb double for a new personal record.

There is no denying that this work led to Bryce Lewis being able to hit that massive lift. Not only did he tie his lifetime best of 804lb, but he did so in a way that suggests he might be able to complete the 815lb deadlift he failed at last year.