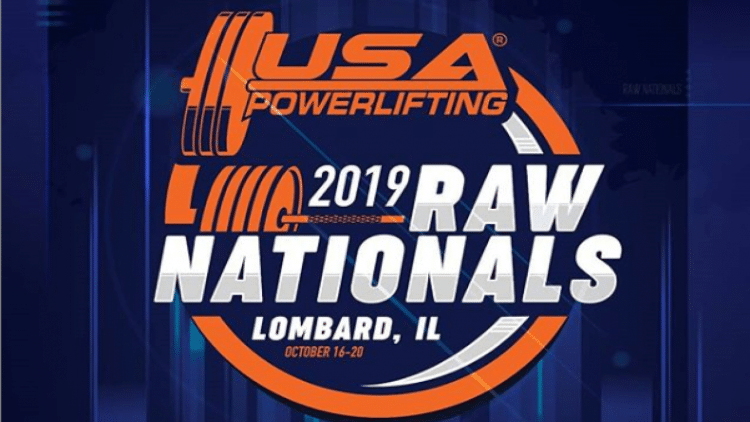 The 2019 USA Powerlifting Raw Nationals begins in a few days. This is how to catch all the action from the four day long event.

This year’s Raw Nationals is going to feature some of the strongest powerlifters from around the world. The action begins on October 16th, going until October 20th. Additionally, it takes place in Lombard, Illinois, to be streamed live on the internet. This is all the information you need to follow all the powerlifting action.

How To Watch 2019 USAPL Raw Nationals

These are the athletes qualified for the Raw Nationals:

Schedule of the Raw Nationals

The Raw Nationals will span over four days, with various men and women competing on each day. This is a breakdown of the lifting schedule for each day.

The 2019 USA Powerlifting Raw Nationals will be featuring some top talent from around the world. With so many competitors taking part, it is difficult to keep track of which ones are the most promising. These are some such athletes, as well as some brief highlights.

Inda has been putting in some serious work in at the gym, leading into the Raw Nationals. She recently hit a new PR with her deadlifts, reaching 402lb. Subsequently, it is to be expected that she will be looking for some big numbers on Thursday.

At the IPF World Classic Powerlifting Championships, Scanlon was nearly able to walk away with first place. While in the end, she fell short, she set two new world records in her weight class. As a result, she is sure to look to avenge that defeat at the upcoming competition.

Earlier this year, Brenner set a new all time world record in the +84kg division, with a  568lb deadlift. Subsequently, she will be looking to do more of the same at the Raw Nationals. This makes her one of the most promising athletes in the entire competition.

Atwood heads into the Raw Nationals as a two time IPF World Champion. He holds two world records, for squat and total lift. Therefore, fans will be in for a treat when he takes the stage.

Orhii is fresh off a win at the IPF World Championships, where he set a new record for total lift. Moreover, in the lead up to this competition, he has been looking more impressive in the gym. Subsequently, it will be interesting to see if he can expand on his new record.

Rouska is one of the most incredible athletes competing at the Raw Nationals. He had an unbelievable 1984lb total lift at the USA Powerlifting Powerfest, setting an unofficial new record. It is worth watching to see if he can solidify that record at the competition.

The 2019 USA Powerlfiting Raw Nationals is sure to be an incredible competition. The athletes taking the stage have been preparing for a while, and will look to do some amazing things. Stay tuned to FitnessVolt for updates on all the action.