Kumail Nanjiani Shares His Favorite Workouts For Getting Jacked 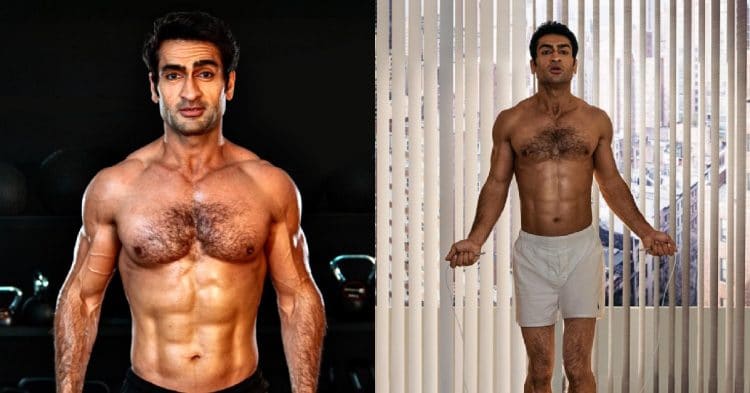 Kumail Nanjiani went from Silicone Valley nerd, to jacked Marvel superhero. Now he shares the secrets to the workout that got him so jacked.

If you looked at Nanjiani a few years ago, you never would have thought him appropriate to play the part of a superhero. Perhaps he could be the hero’s nerdy sidekick, but he did not seem to have the hero quality, himself. That all changed, when he decided to share shirtless some photos online, where he looked ultra jacked.

Nanjiani spent the better part of a year training, in secret, to build the physique. The reason: he landed a role in the coveted Marvel universe, playing the part of Kingo in the upcoming film The Eternals. As he told Men’s Health, it was this character’s secret identity that led him to take his gym work so seriously.

“He’s not just any superhero, his secret identity is that he’s a Bollywood movie star,” says Nanjiani. “Those guys are super-jacked, so I had to really, really get into shape.”

That was precisely what he did. But how did he go from nerd to hero? With a fine-tuned plan of diet and exercise of course. In particular, he has found some exercises that really work for him, in terms of getting those results he wants.

Working alongside trainer Grant Roberts, this is the workout plan they devised:

Now of course, like any other workout routine, this has to be adjusted for one’s own personal needs. Moreover, it has to be coupled with the proper diet plan, in order to get the best results. Regardless, this is a pretty solid workout plan from Kumail Nanjiani.

Skipping warm-up is a common mistake among beginner and advanced lifters. Warm-up exercises help loosen your muscles and prime your...