The first big Strongman event of the new decade, the Britain’s Strongest Man 2020, is behind us. As predicted, Adam Bishop and the Stoltman Brothers placed in the top 3, with the last year’s runner-up(Bishop) coming out victorious this year.

Amazing night at Britain’s Strongest Man. Such a close contest all the way though but I managed to get the win! Super happy to share the podium with my strongman brothers @tomstoltmanofficial and @luke.stoltman It really is a changing of the guard. A new era for British Strongman. Thank you for all the love tonight – I am so proud to be Britain’s Strongest Man. AND THE NEW….

Seeing as the event was not on free tv, I still don’t know the entire layout of competition disciplines. However, Giants live did drop some small snippets showing us what went down.  From what’s been shown, the best of strength in Britain had to compete an Atlas stone run, a log lift ladder and a 350kg deadlift from a deficit platform. Accompanied by these three, the titans of strength had two more events to showcase their powers, which were carry/loading medley with an anvil, keg, bag and a tire(weight unconfirmed) and the Conan’s Wheel.

Let’s take things from the top, starting with the Atlas stones. Atlas stones are a Strongman classic which happens on almost all big Strongman events, the current world which the youngest of the two Stoltmans absolutely DEMOLISHED. His time on the Atlas stone run was 16:09, which according to Giants Live is a world record. However, let’s not forget that Mateusz Kieliszkowski has the same time from the 2018 Giants Live tour finals.

The other event that saw a knockout performance was the Deadlift, which saw Adam Bishop rack up the needed points and get 11 reps with a 330kg axle bar from a deficit. Lifting this weight on a regular bar is hard enough, let alone doing int on a thick-handled axle bar. 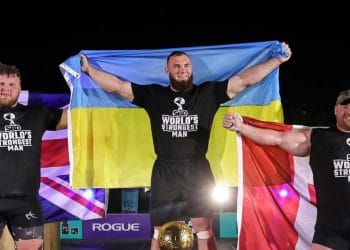 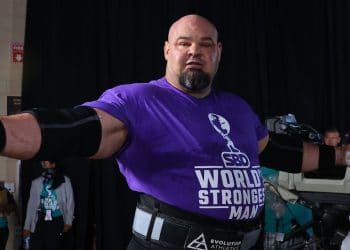