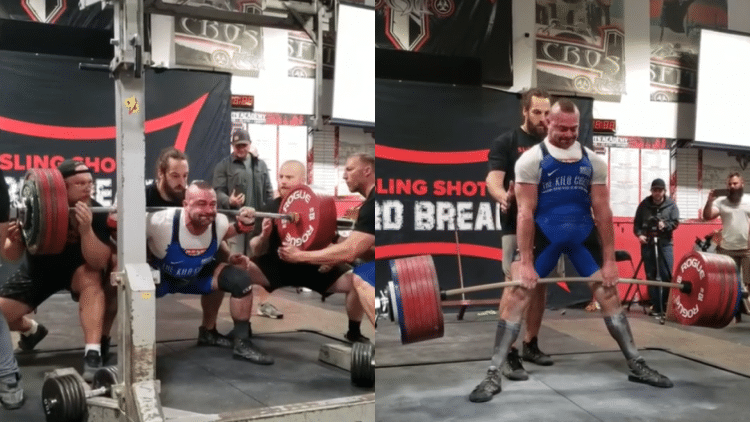 It is not a secret that Cailer Woolam is one of the best powerlifters in the world today. This fact was further cemented, with a record breaking performance over the weekend.

Headed into the 2019 Slingshot Record Breakers, Woolam was already one of the top competitors at the event. The meet, taking place at CrossFit CSA in Dublin, California, saw athletes from all over looking to take part. However, in the end, it was Woolam’s performance in the 220lb division, that would leave jaws on the floor.

Before the meet began, Woolam already held an all-time world record, for his deadlift. Nevertheless, he was looking to do even better this time. Furthermore, he came into the competition with the goals to break his record deadlift. Additionally, he wanted to beat the all-time world record in total lift, held by Kevin Oak.

It is safe to say after the fact that Cailer Woolam accomplished everything he set out to do. Not only did he extend his record for deadlift, but also broke the all-time total lift record by a whopping 20lbs! This is how his lifts turned out at the meet:

When it came to the squat, Woolam managed to hit 677lb on his second attempt, which was his goal. Subsequently, he chose to pass on the third attempt On the other hand, he went 3-3 on his bench, hitting the 491lb mark on his final try.

Nevertheless, his deadlift was where the most impressive performance came. He knew headed into it, that he needed to hit at least 950lb to accomplish both of his goals. Despite that, he went above that, hitting 953lb to extend his deadlift record, while also crushing the total lift record.

Check out videos from the event:

With a showing like this, there is no denying that Cailer Woolam has had a successful year. As a result, he will now be headed into 2020 with two All-Time World Records under his belt.

Best Way to Build Muscle and Strength: The 5×5 CrossFit Program