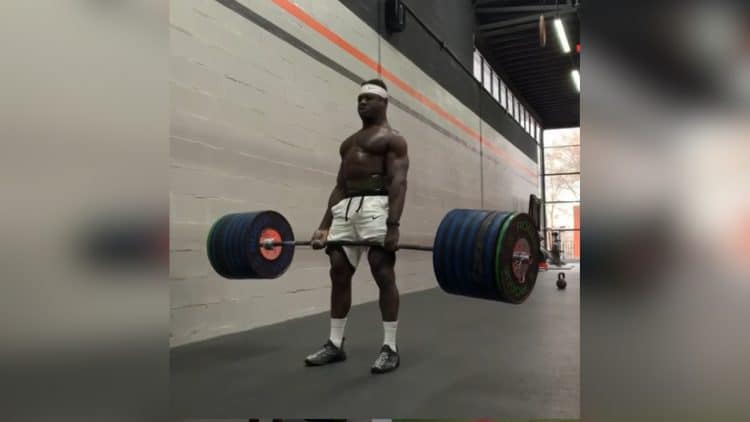 Chandler Smith is a very promising CrossFit athlete. Recently, he put his moves on display, hitting a massive deadlift in the gym.

Smith does not have the most amount of experience competing in the CrossFit Games. In fact, the 2019 season was his first at the event, where he finished 15th. However, this big showing put him in a position where many people are interested in seeing how he looks in future competitions, as he was quite impressive.

Smith took part in 2020 Open, where he landed 22nd on the leaderboard. Therefore, he still has some work to do, if he wants to compete at the Games next year. In order to prepare for his trial at an upcoming Sanctional event, he has been doing some heavy lifting in the gym. An Instagram post shows him doing a massive deadlift inside Derby City CrossFit, in Louisville, Kentucky.

“How much did you deadlift?”
Enough?”

Chandler Smith does not disclose how much he is deadlifting. However, judging by his plates, many people have been commenting, making guesses as to how much it is. The general consensus is that it is well over 600lb, perhaps as high as 635lb pounds or more. Either way, it is an absolutely huge lift.

Smith is more than just a CrossFit athlete. Graduate of West Point, and officer in the U.S. Army, he has a ton of reason to stay in shape. Nonetheless, he loves to use CrossFit to help in those efforts and has started to make that a bigger part of his life. This has definitely paid off, as he has begun to really make strides in the sport, garnering some serious attention.

Chandler Smith is looking like a force to be reckoned with in future CrossFit competitions. It is unclear what Sanctional event he will compete in, but it will be exciting to see how he does.