Chris Bumstead Has Successful Hernia Surgery Ahead Of 2019 Olympia

Chris Bumstead hoping to come back strong for the Olympia in September! 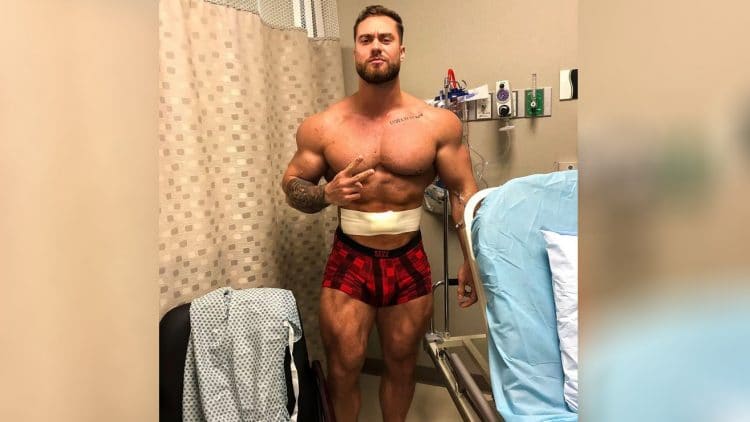 The Canadian stud and Classic Physique competitor Chris Bumstead makes a quick decision to get hernia surgery as it was “do or die” for him to make the Olympia in September. Now, Bumstead is a rising star in the professional bodybuilding circuit and despite poor luck in the Classic Physique division, he’s still expected to win the title at some point if he can come in sharp.

Last year he was in the hospital about a month from the Olympia with an autoimmune issue and even some knee problems, so his conditioning was pretty off after retaining a lot of water. But he still managed to look pretty good and place second at the Olympia.

And now with this hernia, it seems he can’t catch a break.

Bumstead posted his surgery update on Instagram which wrote…

“Hernia surgery complete✔️ Had to travel down to good ol Murica to get it done in a timely fashion, with the Olympia around the corner didn’t really have a second to wait”.

“Prep this year is going to be another battle coming back from this and trying to be 100%, but it’s all just part of the game. I knew I wasn’t going to be able to train with the confidence I need to look even close to my best with a hole in my stomach, so I’m grateful I could get it fixed so quick”.

Be sure to keep up with Chris Bumstead’s progress and we really wish this young star a speedy recovery ahead of the 2019 Olympia.

Classic Physique Olympia champion Chris Bumstead has steadily worked on his build despite contracting COVID-19 around the holidays. Recently, the...

2021 Classic Physique champion Chris Bumstead recently gave a health and physique update and also shared back workouts on his...