Jay Cutler has faith that Phil Heath can come back and tie the Mr. Olympia record. 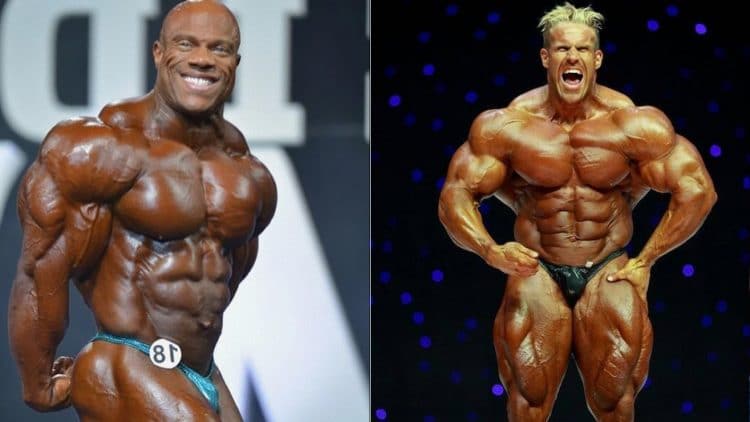 In an interview with Muscular Development’s Global Muscle Radio, four-time Mr. Olympia Jay Cutler explained that he thinks seven-time Mr. Olympia Phil Heath can win the Olympia for the eighth time to tie the all-time record shared with Lee Haney and Ronnie Coleman.

“If you ask me can Phil Heath come back and win the show… uh absolutely. I would love to see Phil Heath do what I did in ’09”.

“Phil Heath doesn’t have to change one thing. He was in fantastic shape other than the midsection. He can come back and win this show. Collect $400k and tie the record”.

But, Jay Cutler thinks Phil Heath will sit out this year and not compete, although anything is possible in sports. He doesn’t think Big Ramy will compete either and explained that he’s not sure about Dexter Jackson either saying that there are a lot of question marks this year regarding who will step on stage.

Now, Heath has been traveling a lot making money through business ventures and appearances and he may not be mentally ready to make the commitment to step on stage again. But, he’s also been dealing with a hernia issue which is more added stress.

And so no one really knows what he plans to do or if he’ll ever come back.

But, there are a lot of people who would love to see Phil Heath compete again to chase down his eighth Mr. Olympia title… so we’ll just have to wait and see what happens.

Chris Bumstead Has Successful Hernia Surgery Ahead Of 2019 Olympia