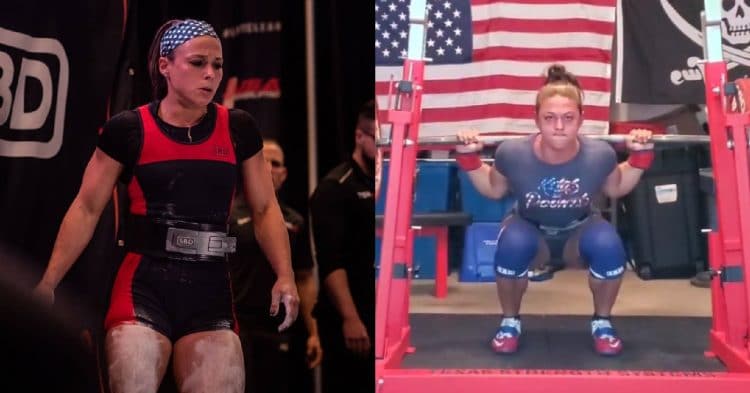 30-yeae old Chrissy Peracchi has made quite the statement over the last several months. However she showed recently that she is still improving in big ways with an intense squat session in training.

Beginning her powerlifting career in 2017, Peracchi showed that she is a force to be reckoned with any time that she shows up at a meet. Competing in the 57kg division, she won the RAW Nationals last year, with a career best total of 975.5lb. She flowed this up with a bench only contest, where she landed in a respectable fourth place.

That being said, the bench press is not the only lift that Chrissy Peracchi puts a ton of focus on. She showed that recently when she took to her Instagram to share a recent squat training session. Here she can be seen landing a smooth 330lb paused squat with ease. What is impressive about this, is the fact that this was a lift that she attempted and failed at a meet last year, but hit rather easily this time around.

When in training, Peracchi does a lot of paused lifts, to help improve her strength and overall power. This applies to her deadlifts too, as she showed a few days earlier. She did this by going three reps on a 336.2lb paused deadlift, again making it look ultra easy.

The last several months have seen Chrissy Peracchi taking her powerlifting game to the next level. With everything going on in the world, it is tough to know when the next time she will compete is going to be. However the one thing that is crystal clear, is that whenever that time comes, we will be looking at a very different version of this already impressive athlete.