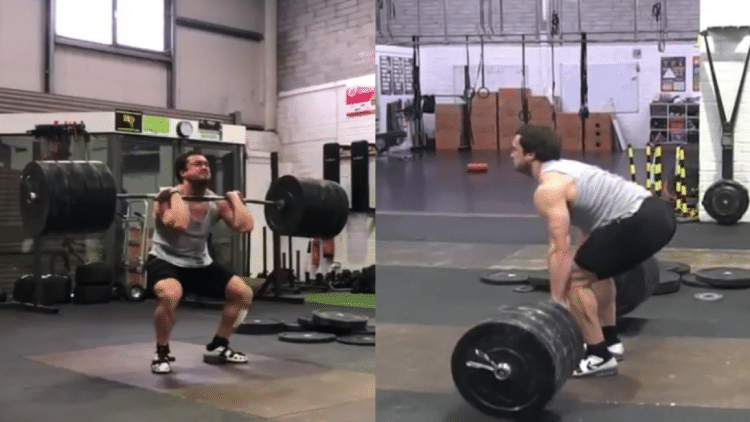 Clarence Kennedy is a Irish weightlifter, well known on YouTube. However he demonstrated that he is more than a YouTube sensation with an incredible performance at the gym recently.

Kennedy is a weightlifting star that has been making waves across the world. Nevertheless, he is constantly looking to make massive gains in the gym. Kennedy is getting to the point now, where he is close to achieving some massive records. Moreover, he is putting the work in to get closer to those records each and every time he steps into the gym.

Most recently, Kennedy posted a video to his Instagram, showing how many improvements he has been making. In the video, he lands a massive clean of 230kg/507lb, during a max out session. Additionally, this clean was more than twice his body weight of 98.7kg/217lb, which he noted alongside the lift.

Check out the video of the insane clean.

The video demonstrates different angles of the lift by Kennedy. Additionally, it is worth noting that this is only 1kg less than the world record in the -96kg  weight class. This record was a 231kg clean and jerk, made by Tian Tao. It is without a doubt, a very impressive feat by the Irishman.

Despite the fact that Clarence Kennedy just uploaded the video, this max out session actually took place last month. It was a session that he completed with Romanian weightlifter Gabriel Sincraian. Nevertheless, it was worth taking another look, as Clarence really showed how elite he is.

This is just one of many impressive lifts that Clarence accomplished in this max out session. Earlier in the day, he broke his PR for clean and jerk, by hitting 222.5kg. Then he followed that up with an equally impressive backflip.

There is no debate at this point that Clarence Kennedy is a phenomenal athlete. At this rate, he is primed for breaking all kinds of records.