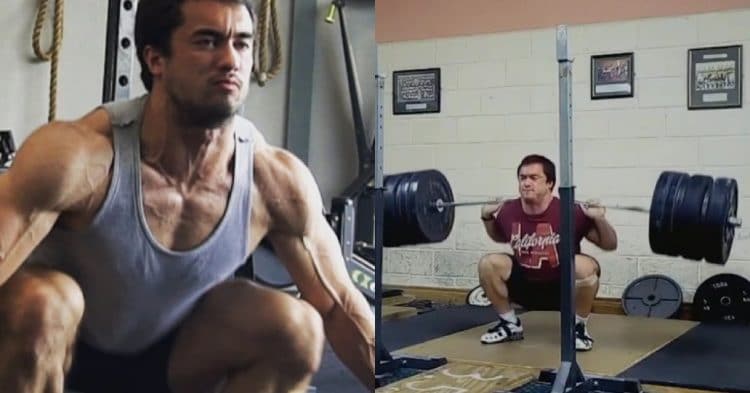 Clarence Kennedy is an Olympic weightlifter who has made quite an impression with his near-superhuman strength. He was back in training again recently, showing off that strength in a big way.

Ireland is not known for typically producing Olympic caliber weightlifters. Yet we find one of the best in the world, in the form of Kennedy. He has shown an unbelievable ability to blow past records, in particular with his clean & jerk.

However, it is not his Olympic lifts that bring Clarence Kennedy to our attention today. Instead, we are focused on a ridiculous display of cardio, during an intense squat training session. In a video uploaded to Instagram, he can be seen ripping through a whopping 573lb squat, doing so for an unbelievable 9 reps.

This is certainly an impressive display from Kennedy. He was clearly struggling by the 5th rep, taking a small break. Nevertheless, he was able to push beyond the pain and knock out the rest of the reps. It was motivational to say the least, as you can tell how hard he was pushing himself, just from his shouts alone.

Clarence Kennedy does not typically post a lot of training footage online. Despite that, it is clear to see that he is constantly working. Moreover, he finds himself working on his squats fairly often, even if it means that he trains at random bodybuilding gyms from time to time.

All things considered, Clarence Kennedy is constantly working on improving all parts of his game. While it is not hard to want to see more from him, in terms of uploading training videos, it is always nice to see him when he does pop up. He is a truly gifted weightlifter, and someone worth paying attention to when he does decide to share.