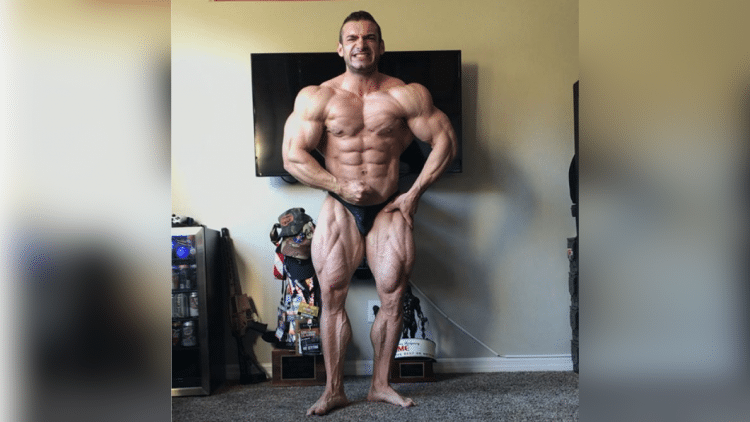 One of bodybuilding’s best young prospects, Cody Montgomery is ready to make his return to the Open division. He looks incredible a few days out from the IFBB Japan Pro.

Montgomery made his name as a junior bodybuilder, with some impressive performances. He won every contest he competed in as a teen, and looked incredible in doing so.Moreover, when he became the youngest person ever to earn an IFBB Pro Card, this enthusiasm intensified.

However things were not easy in his early pro career. Montgomery struggled breaking into the top ten in major contests, only scoring 7th at the 2016 Arnold Classic Australia. As a result, he flirted with the 212 division, where he was a bit more successful. With his body still developing and growing, his lack of size in Open was perfect for 212. Therefore he managed to earn an impressive 2nd place at the 2018 Toronto Pro.

Nevertheless, it seems that Cody Montgomery is ready to make the return to Open. He is looking to compete at the Japan Pro, this weekend. Ahead of this contest, he posted a picture to his Instagram, explaining his decision to move back to Open. In addition to that, he shows just how massive he looks a few days out.

“Well guys, here goes nothing. 1 more day in the states before I head off to Tokyo, Japan to compete @ifbb_pro_league_japan_pro back in the OPEN class for the first time since 2016. This prep had a whole different meaning to me this year as this one was for my family, alongside my family.

I have to give a huge thank you to @therealtechnician for getting me back to my best and I believe we will be bringing my best package to date this coming weekend. Time will tell but I gotta say I missed the grind so damn much and I can’t thank everyone enough for the continued support along the way.

Bodybuilding is in no means an individual sport and I feel blessed to have the team behind me this year that I do. Let’s do this 💪”

With the success of the likes of Hadi Choopan at the Olympia, there is a precedent for smaller competitors in the Open. Additionally, Cody Montgomery is still very young, and as evident in this post, improving consistently. It will be exciting to see him at the Japan Pro this weekend.

Is CrossFit Really That Expensive?