A quick tutorial on how to look good on Instagram 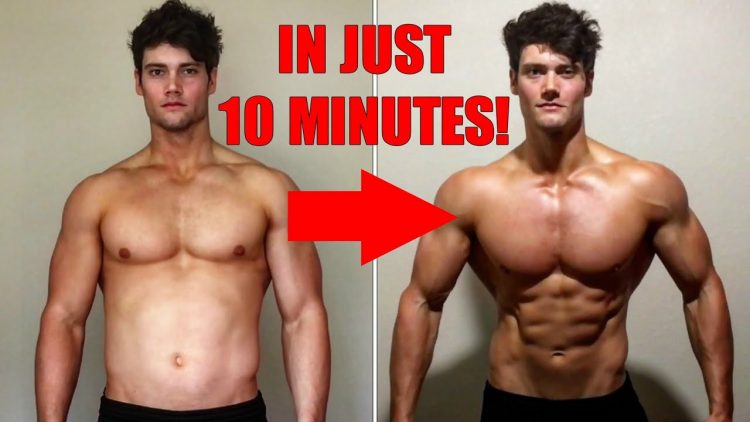 It is no secret that the individuals within the fitness industry use all kinds of trickery to fool you into selling inferior or useless products. It’s the name of the game, make everyone believe that you have “that one secret” that’s gonna turn you from a face-stuffing couch potato with a beer gut to a beach bod stud.

Be it the ever-popular fit-teas or 5-week challenges or workout plans, people will do their best to sell you unnecessary garbage while promising head-spinning results. So today, we take you back to 2016 as one of the guys on “the inside” gives you the red pill and shows you how the sausage is made. Today, we take a “behind the scenes” look at how the mind-numbing transformation pictures are made…. on the same day.

You’vee probably seen Connor Murphy on one of his social media platforms. He’s often shirtless trying to pick up women or doing wacky click-worthy stuff, that’s basically his “thing”.  On a surface level, you couldn’t pick him apart in a sea of buff Instagram dudes. However, Connor made an interesting video that shows how to appear bigger in Instagram pictures which inadvertently showed why social media superstars look so damn awesome and jacked in their social media posts.

I would say women of Instagram are even worse than men when it comes to looking good on social media, especially when you add makeup to the above “quick fix” formula. Put on a tight dress, heels and strike a pose looking over your shoulder and bam-you’re internet’s new sensation. However, that’s an entirely different topic. Connor isn’t the only guy that made a video of this kind.

Way back when Furious Pete wasn’t known as the world-famous youtube guy that eats everything he sees, he was a small YouTuber who made a video regarding Internet famous fitness personas and their transformation pictures.

As you can see by the video thumbnail the before and after pictures are so different you can barely tell it’s the same person let alone that it was made on the same day. Pete used basically all the methods Connor listed but Pete added an extra ingredient, vitamin Ph-Photoshop. Nothing spectacular or crazy, but enough to give the after picture the extra pazzaz effect. Also, Pete’s methods were a bit different, he first did the after picture then he went on a several hour long junk food eating frenzy to fill up his body with as much water retention and bloatedness as possible. After the junk food did its magic -he took the before pictures. From zero to hero in a single day!

Even before Furious Pete, there was a very interesting documentary on steroids called-“Bigger Faster Stronger”. In it, Chris Bell(brother of Mark Bell) takes a deep dive into the supplement industry, steroids, fitness stars, and misleading advertisements.

As you can see it’s the same smoke and mirrors magic trickery that you’ve seen in the previous two videos. Make yourself appear as horrendous and beaten-down as possible for the before picture. Then, do a set of push-ups/pull-ups or any kind of upper body-friendly exercise to get some visible veins and blood-engorged muscles. Once you’ve done that set up some good lighting flex as hard as you can, strike a dominant pose with a smile on your face and BAM! You just went from tinder left swipe to a tinder right swipe in less than a day. I’d like to see your local gym trainer try to match the speed of those results.

Bottom line is, don’t be fooled by Instagram trickery. There’s a reason why your favorite social media lifter posts only pictures that have been dragged through a dozen filters and alterations. It’s all just smoke and mirrors to get that social media money. Have you noticed that the women on insta all pose in the same poses, with the same expression, with the same body parts zoomed in? They see other girls with millions of followers doing the same thing so they copy them. Then some more girls see those girls and they copy them and then….well, you get the idea.