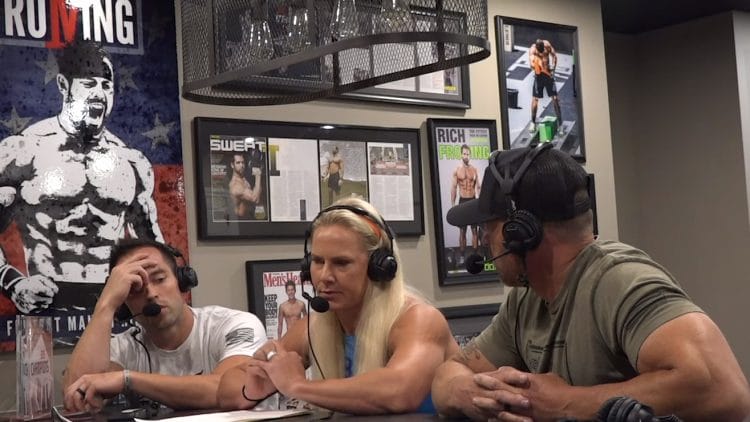 Elly Kabboord is among many athletes to have recently tested positive for a banned substance and this is bad news for the CrossFit Mayhem Independence captain.

The drug she tested positive for was clenbuterol and CrossFit refused to extend the testing period for the supplements she was taking while competing.

But Kabboord, Rich Froning, and Jim Hensel discussed the issue on their YouTube channel.

In the interview, Kabboord explained what happened after she found out about the failed drug test…

“I called Rich immediately and I told him, I never in my life have I taken a drug that wasn’t prescribed to me. Kabboord explained that she would never do anything to jeopardize her teammates’ futures in CrossFit… “and I would never…Rich, Hillary, my teammates, and the Mayhem family… they are my family… and I would never in this universe jeopardize their (Teammates) futures.”

“Just a little background about Clenbuterol, it’s right now a very controversial drug, there have been a lot of positive test for contamination from meat and supplements,” said Kabboord. “It just has a long history of contamination, my results were less than 1/billionth of a gram which is really, really, really small and consistent with a supplement or meat contamination. That being said I am 100% responsible for everything I put in my body.”

But despite this unfortunate turn of events, Team CrossFit Mayhem is still standing behind Elly Kabboord and they don’t believe she would willingly take a drug that would cause her to fail a drug test. She discussed taking herbs and supplements but sometimes you never know if something is tainted and she unknowingly might have taken clenbuterol by eating meat or taking supplements.

An investigation will be ongoing to find out what actually caused the failed drug test and Elly Kabboord will take extra precaution to ensure something like this doesn’t happen to other athletes who may unknowingly be consuming a banned substance.

Best Ways To Get Rid Of Stubborn Love Handles!