Kick Off The CrossFit Open 20.5 With Annie Thorisdottir And Pat Vellner 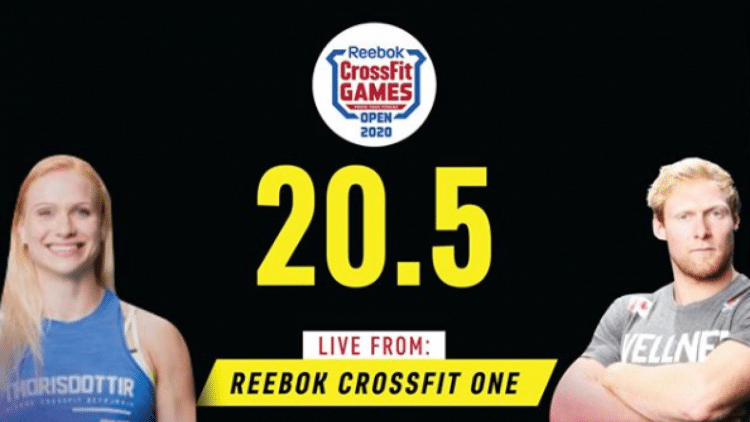 The final week of the 2020 CrossFit Open is about to begin. This is how to watch all the action from the 20.5 live announcement.

This year’s CrossFit Open season has been a wild ride, with some of the toughest workouts ever seen. The first four workouts have been intense, as athletes from around the world give their best shots. However it has not been easy, as even the best CrossFit competitors have suffered penalties along the way.

Now as the season comes to a close, the 20.5 announcement takes place this week. On Thursday, November 7th, live from Reebok CrossFit One in Boston, Massachusetts. Additionally, it will feature top CrossFit athletes Annie Thorisdottir and Pat Vellner going head to head. Moreover, this event will be sponsored by the first Sanctionals of the season, the CrossFit Filthy 150.

How to watch the 20.5 live announcement:

The 2020 CrossFit Open 20.5 will have a live announcement taking place at Reebok CrossFit One. It will be streamed for fans to watch at Reebok.com starting at 5pm PST (8pm EST).  There will be a preshow, before the announcement of the workout.

“@reebok and the @filthy150 have teamed up to bring you The 20.5 Open announcement live from Boston, the home of the Irish diaspora 🇮🇪🇺🇲.
⁠
Patrick Vellner and Annie Thorisdottir will battle it out during the final workout of the 2020 CrossFit®Games Open.⁠
⁠
This epic head to head will come to you live from Reebok HQ in Boston.⁠”

Following the reveal of the 20.5, Annie Thorisdottir and Pat Vellner will complete the workout, competing against each other. Thorisdottir is a two time World’s Fittest Woman, winning the Games in 2011, and 2012. Moreover, she is the first woman to win the contest twice. On the other hand, Vellner has made it to the podium three times. In fact, in 2018 he got second place. These two are some of the top athletes in the sport, and it will be exciting to see them go head to head during the Open.

The final workout of the 2020 CrossFit Open goes down this Thursday. Stay tuned to FitnessVolt for the latest updates on the 20.5.

Annie Thorisdottir With Her Best Tips For Mastering Pistol Squats